#AceNewsReport – Nov.12: “The peacekeeping force, Multinational Force and Observers, said that eight of its members were involved in the crash and that seven had died. At this point, there is no information to indicate the crash was anything except an accident, the force said in a statement.”

Six Americans are among the dead. The force, which supervises the 1979 Egypt-Israel peace treaty, said there was nothing to suggest the crash was anything but an accident…… 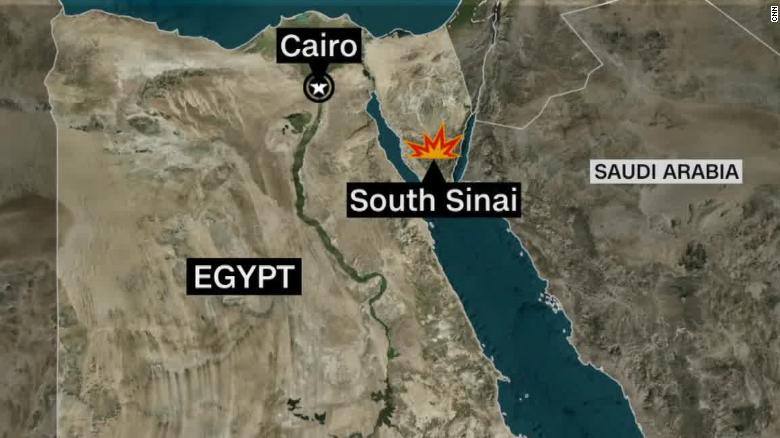 Eight military members of a peacekeeping force in Egypt, including six Americans, were killed when a helicopter crashed in the southern Sinai Peninsula, the coalition force announced Thursday: https://t.me/nytimes_world/21162

One American survived the crash, which happened in the vicinity of Sharm el-Sheikh, the coalition said in a statement after initially reported that seven military members were killed: The injured American peacekeeper was evacuated by Israel Defense Forces to an Israeli hospital for medical treatment, the IDF said in a statement: The names of those involved are being withheld pending the notification of next of kin:

The helicopter crash Thursday morning was “caused by technical issues” and involved a Black Hawk helicopter that was a supplying mission of the Multinational Force and Observers (MFO), the Czech Defense Ministry said: Acting US Defense Secretary Christopher Miller confirmed the deaths of the six Americans on Twitter and said the Defense Department is “saddened” by their loss: Also killed in the crash were one French and one Czech national, whom Czech authorities identified as Sgt. Michaela Ticha, the first Czech female solider killed in a foreign mission since the Velvet Revolution in 1989: The MFO oversees the peace agreement reached between Egypt and Israel as part of the Camp David Accords of 1978: The force consists of some 1,150 personnel from 13 countries, including about 450 Americans.

Security in the area has deteriorated in recent years amid a campaign of violence being carried out by a local ISIS affiliate that has targeted civilians and government forces: In 2016, after a series of militant attacks, the US moved a large number of forces further south to where it was deemed safer and increased the use of remote technology like cameras to carry out the mission:

This story has been updated to reflect additional information from the Multinational Force and Observers: CNN’s Veronica Stracqualursi, Ivana Kottasová and Sharon Braithwaite contributed to this report: New York Times: Isabel Kershner reported from Jerusalem, and Eric Schmitt from Washington: