#AceNewsReport – Nov.25: The man, named locally as 37-year-old Nour Shakir Shuqeir from the Silwan area of East Jerusalem, sustained a gunshot wound to the stomach and was later pronounced dead in the city’s Hadassah Hospital at Mount Scopus: An Israeli policeman was also hospitalized with minor injuries following the incident, which reportedly took place at the Al-Zaim checkpoint in the Israeli-occupied West Bank territory, east of Jerusalem:

Footage posted to social media appears to show Israeli soldiers arriving at the scene of the incident.…..

Another cold blood crime ⁉️
The spokesman of Hadassah Hospital announced that Palestinian youth was killed, as a result of being shot by #Israel occupation forces near Al-Zaim checkpoint east of occupied #Jerusalem.#IsraeliCrimes #StopArmingIsrael pic.twitter.com/pA4IFH4J9Y

Israeli police inspectors and bomb squad unit inspect the scene where Israeli Border Police forces shot at a driver who attempted to ram his vehicle into security personnel al-Zaim checkpoint on the outskirts of east Jerusalem on November 25, 2020. (Photo by AHMAD GHARABLI / AFP) pic.twitter.com/sGJ8lhvfG9

“Suspicion arose that the documents presented by the driver were not his and he was apparently trying to impersonate someone else,” a police spokesperson said. 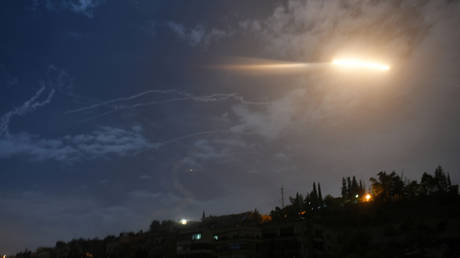 “During the security check, the suspect started speeding, hitting a border policeman who was at the scene. Following this, the policeman and the security personnel fired at the vehicle.”

A border police statement said that the suspect had been “neutralized.”