#AceNewsReport – Nov.26: The court in Ankara delivered the verdicts against 475 defendants, 365 of whom had been detained: Several former military officials and civilians individually received up to 79 life sentences for their role in the failed coup. A former brigadier general was sentenced to life in prison for providing fuel for F-16 jet fighters flown by the insurgents, while several of his colleagues received a similar sentence for instructing the pilots to strike specific targets in the capital: The pilots were likewise sentenced to life in prison for bombing police sites, the Turkish Parliament building and a state broadcasting company in the country’s capital. In one ruling, a former F-16 pilot received 16 life sentences for killing 15 people near the presidential compound: Another defendant, a former brigadier general, was handed a life sentence for detaining a military police chief during the coup:

Turkish courts previously sentenced 121 people to life in prison for their role in the coup in June and 151 last year. 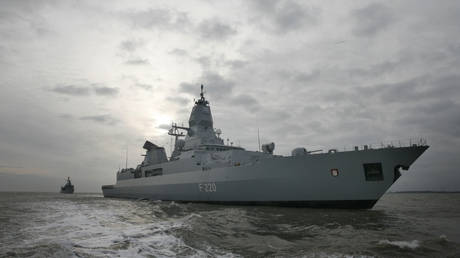 On July 15, 2016, elements of the Turkish Armed Forces tried to seize control over key sites in Ankara, Istanbul and several other locations across the country, but were quickly overpowered. The government accused dissident cleric Fethullah Gulen of staging the coup. Gulen, who has lived in self-exile in the US since 1999, denied the allegations:

The Gulen movement is considered to be a terrorist group by Turkey: Security forces regularly conduct raids against the cleric’s supporters in different parts of the country: