#AceNewsReport – Nov.27: New Delhi police ask to convert stadiums into prisons as Indian capital grapples with thousands-strong farmer protest: Farmers across India are taking part in demonstrations against agricultural reforms: They fear that new rules of sale, storage and pricing — first introduced in September – will strip small growers of bargaining power and leave them at the mercy of big business: The ‘Dilli Chalo’ (On to Delhi) march was meant to bring the protest to the capital, but it was met with barricades, tear gas and water cannon: Police say the mass demonstrations pose a serious health risk due to the #Covid19 #pandemic 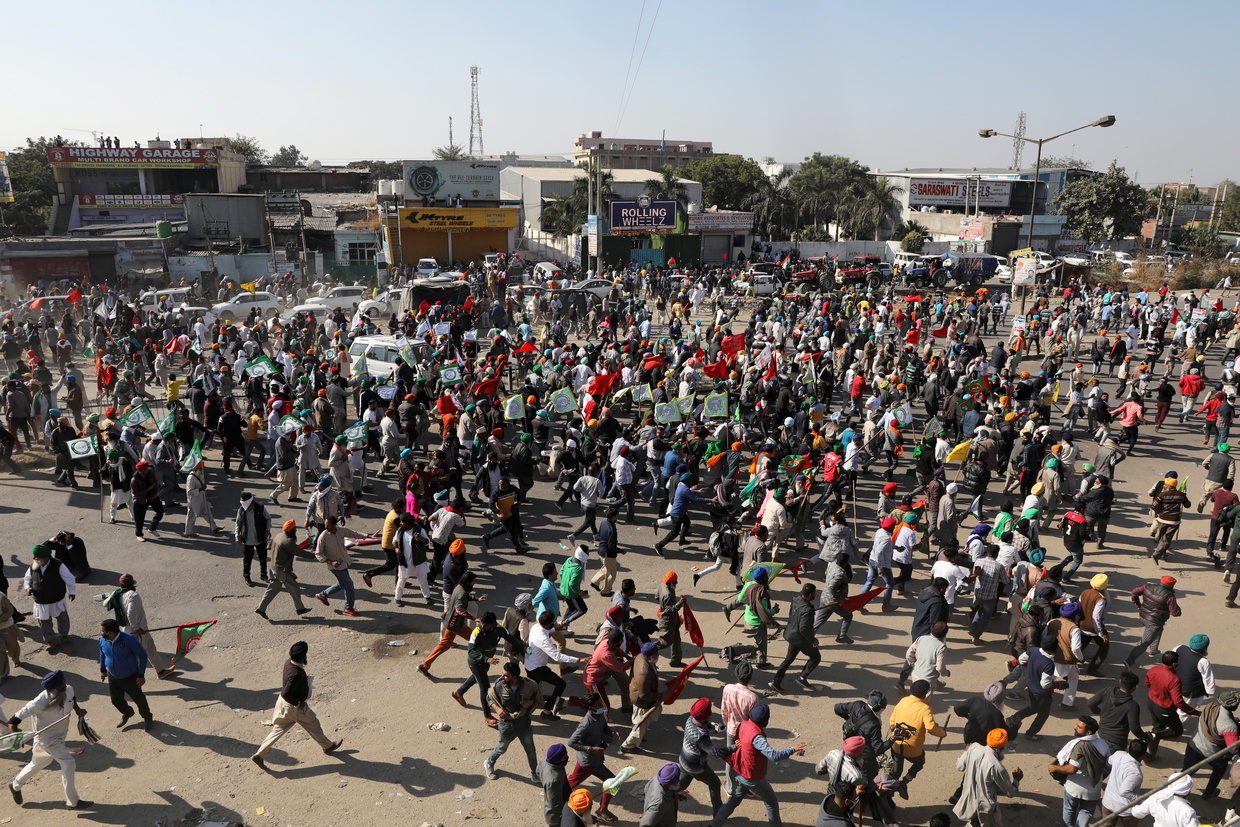 #JUSTIN: A day after making heavy security arrangements at all the borders, the Delhi Police has now allowed all the farmers to enter Delhi for peaceful protest. They have been asked to gather at Nirankari Ground in North-West Delhi. @IndianExpress,@ieDelhi

Delhi: Farmers enter the national capital through the Tikri border after being given permission to hold their demonstrations at the Nirankari Samagam Ground in the Burari area#DelhiChalo pic.twitter.com/Oy4JcVj6lV

Earlier in the day, the police asked the New Delhi government to temporarily convert nine stadiums in the city into jails, where they could keep arrested activists. The petition was rejected.

Meanwhile clashes between farmers and police continue elsewhere in India. Protesters attempted to dismantle barriers at the Haryana-Delhi border and built a barricade at the Delhi-Bahadurgarh highway.

#WATCH Farmers use a tractor to remove a truck placed as a barricade to stop them from entering Delhi, at Tikri border near Delhi-Bahadurgarh highway pic.twitter.com/L65YLRlkBo

Water cannon and tear gas were also used at an inter-state border with Punjab. The governments of the two states have opposing attitudes towards the march, despite both having large agricultural sectors: 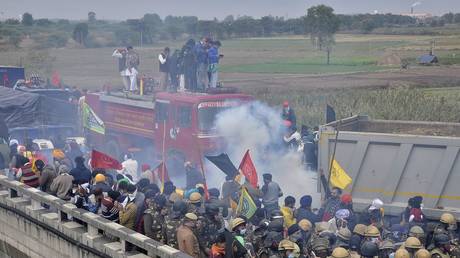 Punjab’s Chief Minister Captain Amarinder Singh welcomed the decision to allow protesters into the capital, while taking a jab at the Haryana authorities:

Impressed by remarkable restraint shown by farmers in face of @mlkhattar govt’s and Haryana police’s brutality. Their exemplary behaviour shows that farmers are not interested in confrontation, they only want to be heard, which is their constitutional right.

Time for your Lies, Deception and Propaganda is over – let the people see your real face. Please stop putting the lives of people in danger during the Corona pandemic. I urge you to not play with the lives of the people – atleast avoid cheap politics during the time of pandemic.