#AceNewsReport – Nov.30: The outbreak first took hold on Thursday in the southwestern town of Girin-ri, near the city of Jeongeup-si, the World Organization for Animal Health (OIE) said in an alert on Monday: Tracing, disinfection and a clampdown on movement are among the actions that health authorities have taken to stem the spread of disease, the OEI said: In separate measures, the South Korean Ministry of Agriculture said it had also culled 292,000 chickens on five other farms and 100,000 ducks at another site: News of the outbreak in South Korea comes after another bout of the highly contagious H5N8 strain was reported at a turkey farm in Yorkshire, northern England at the weekend, resulting in the culling of all of its 10,500 birds: 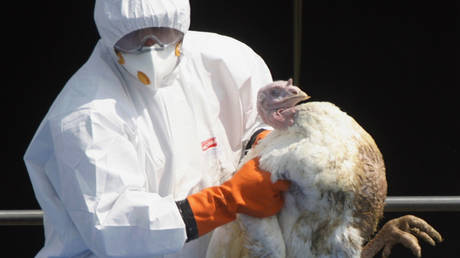 More than a dozen European nations have registered H5N8 outbreaks in the second half of 2020, with Belgium, the Netherlands and Russia among those hardest hit.