#AceHealthReport – Dec.04: On Friday, China’s biopharmaceuticals firm Clover claimed data from human trials showed their two candidate vaccines triggered a “strong immune response” against #Covid19 : Based on the positive Phase 1 results reported and the unprecedented need for COVID-19 vaccines, Clover and its partners are confident to enter late-stage clinical development for both adjuvanted vaccines,” the company said: The vaccines use adjuvants – that is, ingredients that can boost immune response – from UK pharmaceutical company GlaxoSmithKline (GSK) and US firm Dynavax”

Clover says the vaccines did not trigger any serious adverse reactions in the 150 adults and senior citizens who took part in the trial: The candidate vaccine that used the adjuvant provided by GSK will begin global phase-two/three trials in December, funded by the Coalition for Epidemic Preparedness Innovations (CEPI)…….This vaccine variant induced neutralizing antibody production in all adult and elderly participants.

Clover also announced that the data shows both vaccines can be stored at temperatures of 2C to 8C for at least six months: This is considered a considerable plus, as both Pfizer and Moderna’s vaccines required subzero storage and substantial cold-chain infrastructure: ” Combined with our ability to potentially produce more than one billion doses of antigen annually and the stability of our vaccines under standard refrigeration conditions, our adjuvanted COVID-19 S-Trimer vaccines are positioned to be well suited for worldwide distribution,” said Chief Executive Officer of Clover Biopharmaceuticals Joshua Liang. 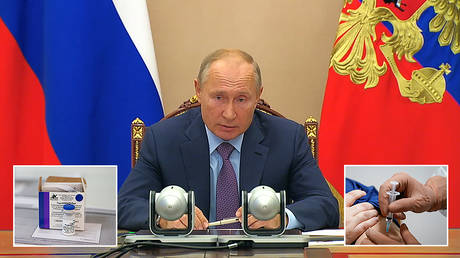 The UK approved Pfizer’s vaccine for rollout on Wednesday, triggering the start of a crucial mass inoculation program that could begin on Monday: Moscow also announced its intention to start mass vaccination in Russia this weekend.