#AceNewsReport – Dec.24: Tis December 24, the day before Christmas, and all through the land, families send excited children to bed with a reading of Clement Moore’s classic poem, “A Visit from St. Nicholas.”

#OnThisDay December 24: 1822: Clement Moore is thought to have composed this classic poem ‘ Twas The Night Before Christmas ‘

‘Twas the night before Christmas, when all through the house Not a creature was stirring, not even a mouse; The stockings were hung by the chimney with care, In hopes that St. Nicholas soon would be there….

Moore is thought to have composed the tale, now popularly known as “The Night Before Christmas,” on December 24, 1822, while traveling home from Greenwich Village, where he had bought a turkey to fill the last of several baskets that his family was accustomed to donating to the poor during the holiday season: 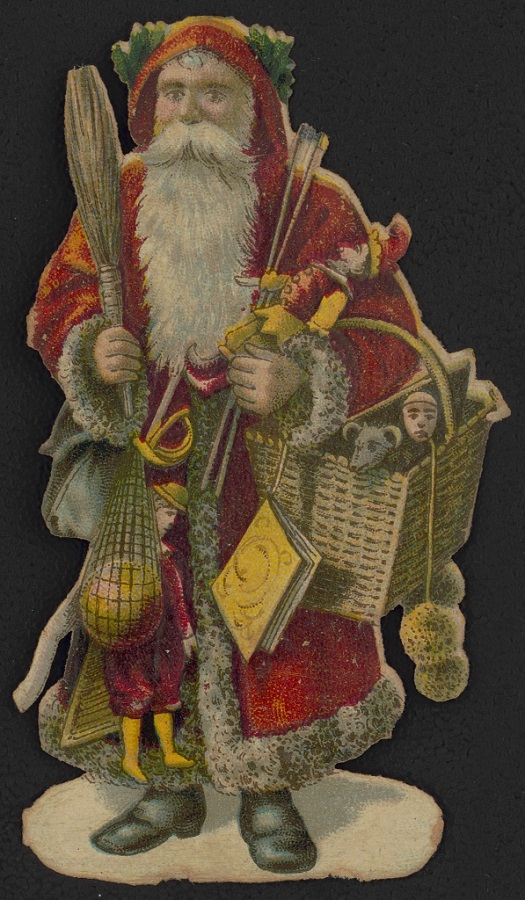 Perhaps inspired by the plump, bearded Dutchman who took him by sleigh on his errand through the snow-covered streets of New York City, Moore penned “A Visit from St. Nicholas” for the amusement of his six children, with whom he shared the poem that evening: His vision of St. Nicholas draws upon Dutch-American and Norwegian traditions of a magical, gift-giving figure who appears at Christmas time, and was likely influenced by descriptions of St. Nicholas appearing in contemporary publications including Washington Irving’s A History of New York…….. 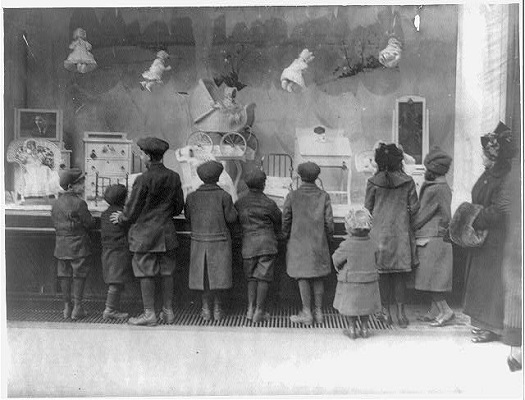 Clement Moore was born in 1779 into a prominent New York family: His father, Benjamin Moore, president of Columbia University, in his role as Episcopal bishop of New York participated in the inauguration of George Washington as the nation’s first president: The elder Moore also administered last rites to Alexander Hamilton after he was mortally wounded in a tragic duel with Aaron Burr:

A graduate of Columbia, Clement Moore was a scholar of Hebrew and a professor of Oriental and Greek literature at the General Theological Seminary in Manhattan: He is said to have been embarrassed by the light-hearted verse, which was made public without his knowledge in December 1823. Moore did not publish it under his name until 1844:

…But I heard him exclaim, ere he drove out of sight, “Merry Christmas to all, and to all a good night.” 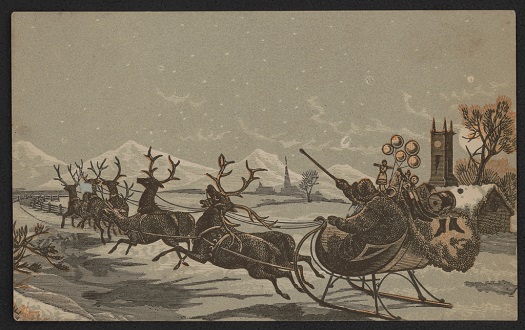 [Santa with toys in a sleigh, drawn by reindeer…] [between 1880 and 1890]. Part of Marion S Carson Collection. Prints & Photographs DivisionRead the famous editorial and other newspaper articles in response to the question “Is there a Santa Claus?” posed by eight-year-old Virginia O’Hanlon in 1897. These are compiled in the special Yes, Virginia, There is a Santa Claus: Topics in Chronicling America. Search the Chronicling America: Historic American Newspapers database for additional holiday stories:
#AceNewsDesk report ………..Published: Dec.24: 2020: