#AceNewsReport – Dec.27: At least 10 climbers in Iran have died in mountains north of Tehran in an avalanche and blizzards, officials say: The Alborz mountain range that towers over the capital city is popular with climbers and skiers but the past few days have seen treacherous weather: The Red Crescent has deployed 20 teams who have rescued 14 climbers – but at least seven others are missing: 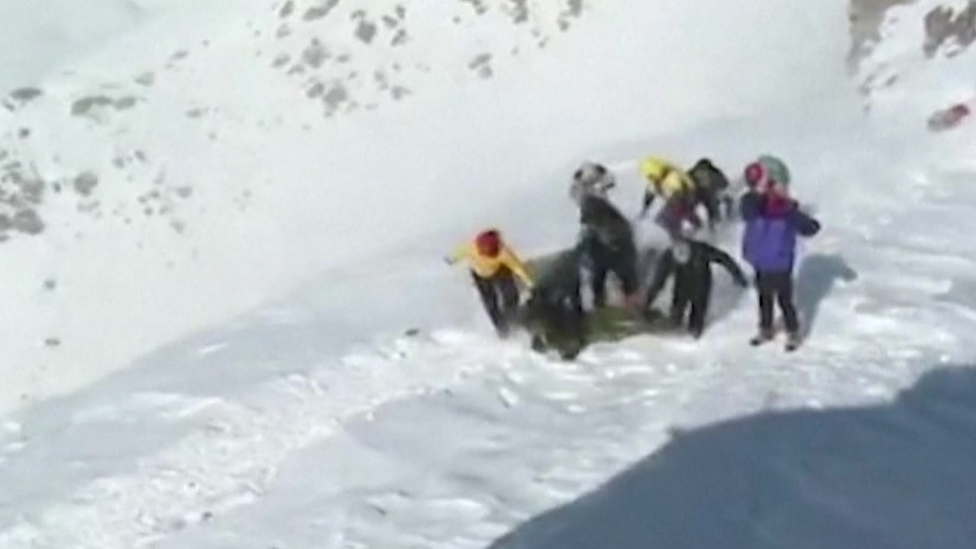 IRIB via AFP
Rescuers have so far managed to save 14 climbers
The search operation had to be halted at nightfall, and is now expected to resume on Sunday morning: Among those who died are a political activist, an academic, a doctor and a mountaineering instructor: At one point on Friday, about 100 people were stranded high up at a ski resort when the cable car broke down: There had been earlier warnings of bad weather and possible avalanches:

On social media, some people reported malfunctions to GPS systems, which climbers rely on in the mountains: But it is unclear if those caught up in the blizzards and avalanche were affected: