#AceNewsReport – Jan.08: A radical cleric linked to the Bali nightclub bombings has been freed from prison, causing grief and anger among victims nearly two decades after more than 200 people, mostly foreign tourists, were killed in Indonesia’s worst terror attack: Abu Bakar Bashir, 82, is seen as the spiritual leader of Islamist terror network Jemaah Islamiyah (JI), which was responsible for the massive blasts that ripped through a pair of packed bars in October 2002:

Indonesia frees radical cleric linked to Bali bombing in 2002 from prison according to Reuters https://t.me/reuters_news_agency/55539 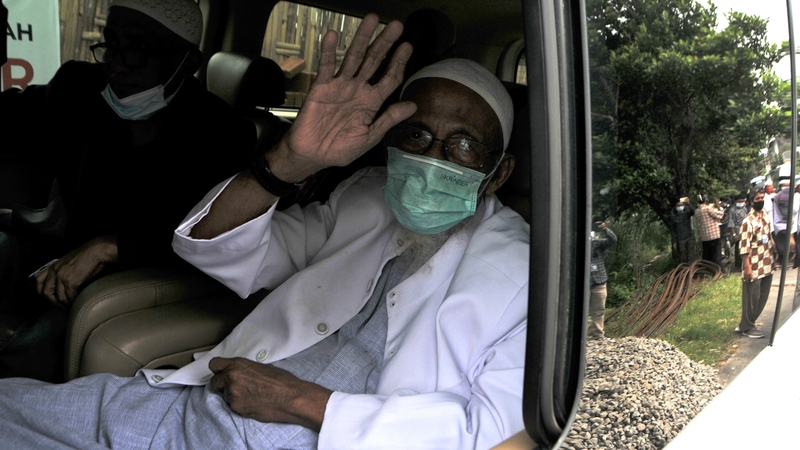 The cleric was released after completing an unrelated jail term for helping fund militant training: But he has long been suspected of involvement in the holiday island bombings, which came just a year after the 9/11 attacks on the United States: Bashir left Gunung Sindur prison near the capital Jakarta in a van ,arriving later in his hometown Solo city in Java where police in armoured vehicles guarded his home: Local authorities had warned against any mass gatherings by his supporters over coronavirus fears:

Bashir had been previously jailed over the Bali bombings, but that conviction was quashed on appeal: He has repeatedly denied involvement and his exact role remains unclear: The Bali bombings prompted Jakarta to strengthen cooperation with the US and Australia on counter-terrorism. 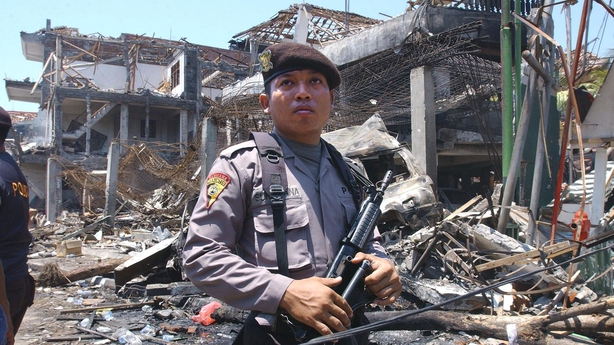 Al-Qaeda-linked JI – founded by exiled Indonesian militants in neighbouring Malaysia in the 1980s – was largely dismantled by security forces after the 2002 attacks, and a 2005 bombing on the holiday island: It was also blamed for a 2003 car bomb at the JW Marriott hotel in Jakarta and another the following year outside the Australian embassy: There have been signs of the network’s resurgence in recent years, although Bashir’s influence has waned, said Jakarta-based security analyst Sidney Jones: ” But his release will be warmly welcomed by… former JI followers as he is still seen as a senior figure in the radical movement in Indonesia,” she added.

Bashir’s lawyers had appealed for his release citing his age and risk of contracting Covid-19 in the Southeast Asian nation’s notoriously overcrowded prison system: The cleric refused to renounce his extremist views in exchange for leniency when the government considered releasing him early two years ago: The plan was shelved after a backlash at home and in Australia, which lost 88 of its citizens in the Bali attacks.

Australian Prime Minister Scott Morrison described Bashir’s release as “gut-wrenching”…….” I still remember that day, very vividly like I’m sure many Australians do,” he said Friday, adding that Bashir had served his time for another crime………….” (But) that doesn’t make it any easier for any Australian to accept, ultimately that those who are responsible for the murder of Australians would now be free.”

News of Bashir’s release brought back the “horror of the memories” for Jan Laczynski, 51: He was drinking with friends at the Sari Club before flying back to Australia. Hours later, five of his friends were among the hundreds killed as a string of huge bombs ripped through the district: ” It hurts me a lot. I wanted to see justice done,” Mr Laczynski said: ” There are still people even next week having operations for their burns, people are still suffering.”

Thiolina Ferawati Marpaung suffered permanent eye injuries after she was hit by glass from the massive explosions, that also killed scores of Indonesians and holidaymakers from more than 20 countries: ” His release makes me feel uneasy,” the Bali resident said. “I hope authorities will watch him carefully.”

Bashir’s son, Abdul Rohim, described his father as a “victim” of extremist ideology but said the family would try to soften his hardline views: