#AceNewsReport – Jan.10: The Justice Department announced today that three Sri Lankan citizens have been charged with terrorism offenses, including conspiring to provide material support to a designated foreign terrorist organization (ISIS):The men were part of a group of ISIS supporters which called itself “ISIS in Sri Lanka.” That group is responsible for the 2019 Easter attacks in the South Asian nation of Sri Lanka, which killed 268 people, including five U.S. citizens, and injured over 500 others, according to a federal criminal complaint unsealed today:

The men were allegedly members of a group of ISIS supporters that carried out terrorist attacks in Sri Lanka on Easter Day in 2019, killing 268 people

The complaint outlines the defendants’ roles in the conspiracy and the events that led to near-simultaneous suicide bombings in the Sri Lankan cities of Colombo, Negombo and Batticaloa on April 21, 2019: One of the U.S. citizens killed was a Department of Commerce employee who had traveled to Sri Lanka on official business:

Two days after the attacks, ISIS claimed credit for the terrorist acts, attributing the murders to “Islamic State fighters.” In late April 2019, the then-leader of ISIS praised the attackers for what he called a retaliation against “the West” for defeating ISIS the prior month in Baghuz, Syria.

“ ISIS’s Easter attacks in Sri Lanka killed 268 people, including five Americans, many while they worshiped,” said Assistant Attorney General for National Security John C. Demers. “Today, we charge these defendants with bearing their share of the responsibility for these deaths. According to these charges, the defendants were committed supporters of ISIS, recruited others to ISIS’s violent cause, purchased materials for and made IEDs, helped to prepare and trained others who participated in the attacks, and murdered in the name of this deadly foreign terrorist organization. They are in custody in Sri Lanka. We fully support the Sri Lankan investigation and prosecution of these terrorists and will continue to work with the authorities there to pursue our shared goal of holding these defendants accountable for their crimes. At the same time, these charges reflect that the U.S. justice system remains a powerful tool to bring to bear against those who harm our citizens abroad. We will continue to pursue justice for the victims of these heinous attacks and for all American victims of terrorism.”

“ This case clearly demonstrates that the United States will take decisive action to ensure terrorists face justice when they target Americans anywhere in the world,” said Nick Hanna, the U.S. Attorney for the Central District of California. “The United States remains confident in the Sri Lankan authorities’ ability to bring the perpetrators to justice – and this complaint makes clear that we stand ready with these charges in the event the defendants attempt to evade justice.”

“ The domestic charges announced today for an attack on foreign soil represent the FBI’s commitment to deliver justice to traveling American victims and to protect U.S. interests here and abroad,” said Kristi K. Johnson, the Assistant Director in Charge of the FBI’s Los Angeles Field Office. “For decades, and particularly since 9/11, the FBI has deployed agents to various parts of the world to establish an investigative foothold and to liaison with local counterparts with a shared goal of combatting terror globally. Our enduring hope is that criminal prosecution – whether domestic or foreign – will bring some peace to the hundreds of victims killed or injured in Sri Lanka as a result of this horrific attack.”

The criminal case filed on Dec. 11, 2020, in the U.S. District Court in Los Angeles is the result of a nearly two-year investigation by the FBI, which assisted Sri Lankan authorities in the wake of the suicide bombings that targeted Christian churches and luxury hotels frequented by Westerners: The defendants named in the complaint, along with other suspects linked to the attacks, currently are detained in Sri Lanka, where a criminal investigation is ongoing:

According to the complaint, the three charged defendants and others involved in the conspiracy – including eight terrorists who died in the suicide bombings – conspired to provide, provided, and attempted to provide material support, including services and personnel, to ISIS through various actions, including: (1) creating, maintaining, and serving as members of a group of ISIS supporters in Sri Lanka devoted to ISIS, its ideology, and to planning and encouraging violent attacks to advance ISIS’s goals; (2) obtaining explosive materials and IED components; (3) manufacturing and testing IEDs, including the types of IEDs ultimately used in the attack; (4) recruiting other ISIS in Sri Lanka members; (5) using ISIS-created training materials to instruct and train the attackers and their co-conspirators in the use of firearms and explosives; (6) procuring safe houses for the group to prepare for attacks in the name of ISIS, including the Easter Attacks, while avoiding law enforcement detection; (7) following ISIS directives to use specific end-to-end encrypted messaging applications to conceal the criminal conspiracy; (8) murdering two Sri Lankan police offers to obtain the officers’ firearms; and (9) shooting a suspected police informant.

The three defendants named in the criminal complaint, all of whom pledged allegiance to ISIS, are: 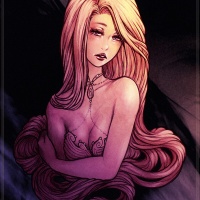 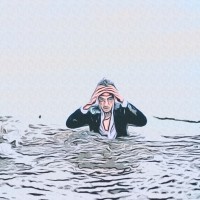 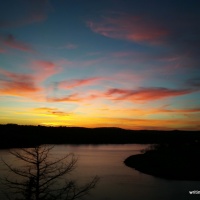