#AceNewsReport – Jan.11: Six inmates are on the run after breaking out of a California jail in the United States over the weekend using an improvised rope: Dozens of investigators are scouring the region looking for them: Law enforcement officials warned the public that they should be considered “armed and dangerous”. One of them was being held on a murder charge: The jail break happened late on Saturday night, according to Merced County Sheriff Vernon Warnke: BBC.Com/ 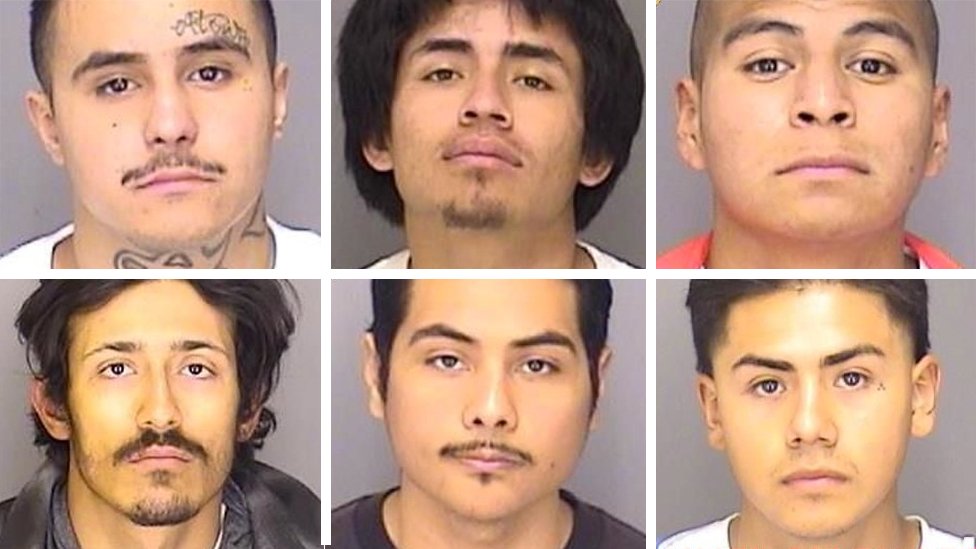 The fugitives are thought to have managed to get on to the roof of Merced County Downtown Jail in central California and used braided sheets to escape: But guards did not realise the men were missing until the next morning: The inmates include Fabian Cruz Roman, 22, who is charged with murder, and Andres Nunez Rodriguez, 21, and Gabriel Francis Coronado, 19, who are both charged with attempted murder…………….” They’re not going to be out there trying to sell Girl Scout Cookies. They’re going to try and get away from this area, I believe, as fast as they can,” Mr Warnke said: The sheriff has assembled a taskforce to try to track them down:

According to the San Francisco Chronicle newspaper, Mr Warnke told reporters the only other escape he remembered during his 41-year career with the Merced Sheriff’s office was decades ago when a prisoner was smuggled out in a laundry basket: