‘For The Many, Not The Few’: Jeremy Corbyn Outlines Vision For the Future With New Project Launch on Sunday CALLED ‘ Peace & Justice Project ‘

Launch of Project for Peace and Justice https://t.co/CF3vl4KXS7

​Ronnie Kasrils, who served under Nelson Mandela as South Africa’s Intelligence Minister, cited the struggle against apartheid and against the Vietnam War as an example of the “anti-imperialist” positions the project will be carrying forward.

“If we wish to talk about courage, under fire, we note the women, the men, and children of Palestine, facing the bombs and bullets of Israel, refusing to submit”, he said.

Kasrils criticised the “new leader of the Labour party that ousted Jeremy in an atrocious coup”, in reference to Keir Starmer’s seizure of the parliamentary whip position from Jeremy Corbyn in November 2020.

“The waves of protest are signalling a new dawn. In India alone over 250 million people took part in protests and strikes.” – Ronnie Kasrils, minister in Nelson Mandela’s government, bringing a message of hope and unity at #PeaceAndJustice launch pic.twitter.com/9yLuGmnADX

​Len McClusky praised Corbyn for shifting the discussion on the policy of austerity, which built a cross-party consensus over cuts to public services in a purported attempt to pay off the national deficit.

The Unite leader said the Labour MPs would deny supporting the strategy and that “you couldn’t even find many Tory MPs or Lib Dem MPs who would indicate” that they supported austerity once Corbyn came to power.

“Trade unions are needed now more than ever. They must have the courage to stand up, and challenge the economic orthodoxy that’s dominated the world for over 40 years.”

Fantastic to be joined at #PeaceAndJustice launch by lifelong fighter for workers’ rights @LenMcCluskey pic.twitter.com/viENgPTruE

​Coventry South MP Zarah Sultana narrated her entry into politics during the austerity years of the Conservative-Liberal coalition before going on to slam the response by the Boris Johnson government to the coronavirus pandemic.

​”We know that before the pandemic hit, the NHS had been underfunded, privatised, while staff were underpaid”, she said.

She blamed the PM Johnson government’s initial pursuit of a “herd immunity strategy” for the widespread cases of coronavirus in the UK when compared to other countries and accused Conservatives of being more concerned with business profit than science.

“In short: public health needs to be the priority, nor profit”, she said.

“There is no time to despair – we have a world to win.”

Inspiring call to action from @zarahsultana, our penultimate #PeaceAndJustice launch speaker. Sign up to our campaigns now at https://t.co/wjXVwdIwcZ pic.twitter.com/w0mFO48Khy 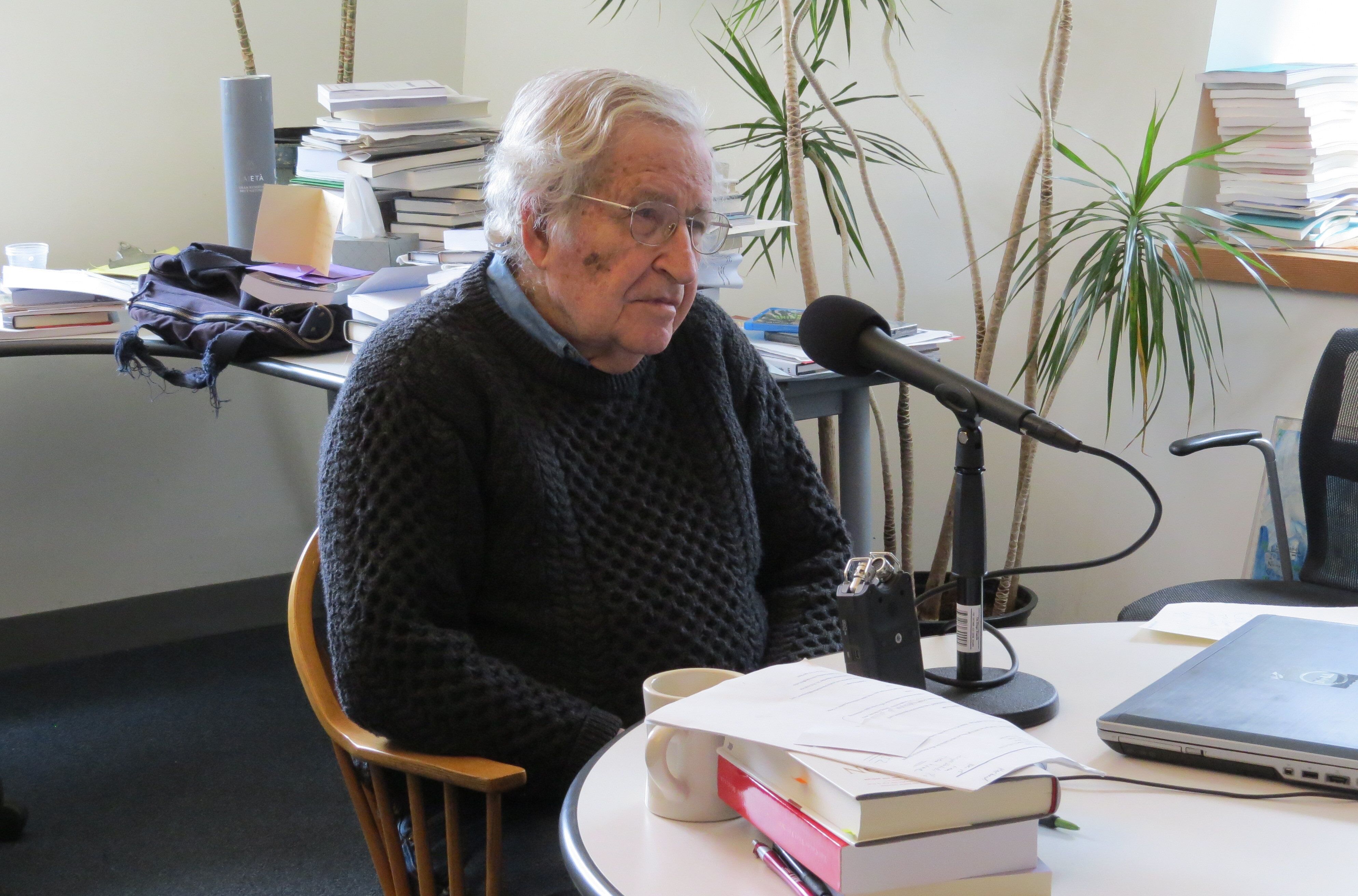 ​​Celebrated cultural critic Noam Chomsky told the panel that they were “living in a remarkable moment in human history”.

Chomsky described current global crises as “existential”, adding that, “if we do not confront and overcome them, then soon the game is over. The human experiment will have come to an inglorious end, bringing down much of the world with it”.

Chomsky outlined the two most important challenges to humanity as “encroaching environmental catastrophe and the ominously increasing threat of nuclear war”.

The 92-year old outlined examples of reasons for cautious optimism.

“In a few days, the most powerful country in world history will be free of a malevolent force that for four dreaded years has been dedicated to destroying the environment that sustains life and to dismantling the arms control regime laboriously constructed over 60 years which has offered some protection from indescribable tragedy”, Chomsky said, referring to the ousting of US President Donald Trump.

Chomsky noted that humans have the technological and material means to meet the IPCC target of net zero emissions, and pointed to the signing of the UN treaty on the prohibition on nuclear weapons, approved by 122 nations, that will soon come into effect,

Chomsky ended his talk by honouring Corbyn, “a man whose dedication to these values is an inspiration to all of us” and called on others to carry forward the efforts that the former Labour leader has devoted his life to with “impressive integrity and fortitude”.

“There have been needless suffering and deaths in the pandemic, and will be in the climate crisis too – unless we can stop it. All of these crises require international solidarity.”

“Never before in the history of capitalism has there been a need for a radical socioeconomic change […] in the direction of peace and justice and transcending capitalism”, he said.

Varoufakis noted that “while at the same time, never has the political system been so successful in stemming radical political change”.

“There is no guarantee that things are going to get better, it is not an iron law of history”, he stated to the panel. “This is why we need the project that Jeremy Corbyn is launching today and why we need a multitude of projects and organisations”.

Varoufakis called for the progressive movement to adopt an offensive posture and “emulate the fascists and the bankers” by taking an “internationalist” to their work and policies.

He said that the Peace and Justice project was necessary due a defeat of the left internationally and that Corbyn and former Shadow Chancellor John McDonnell’s transformation of the Labour Party into a “clear and present danger for the oligarchy” necessitated a propaganda response in the form of Corbyn’s “demonisation” in the media.

The economist slammed how Corbyn was turned into a pariah by the media during his period as Labour leader, indicating that it smacked of a more advanced propaganda strategy, compared to the tired “McCarthyite” accusations of communism.

Varoufakis noted that capitalism has “morphed into techno-feudalism” a combination of “the worst of the state with private monopoly”. He also asserted that proposals for a Green New Deal are insufficient to deal with the climate crisis, and that the movement must now instead “challenge the foundations of capitalism”.

Varoufakis thanked Corbyn for beginning the project, and called to include the Labour right and to limit the reach of the Conservatives.

“We need to challenge the foundations of capitalism. We need to democratise – currently democracy ends at the gates of the factory. I am pleased as a friend and comrade that @JeremyCorbyn has begun this project – thank you”

Thank you to our final speaker @yanisvaroufakispic.twitter.com/v2NxvJeeRJ

​Corbyn gave the final address, reiterating the “four initial big areas of work”, saying that the “project is the empowerment of people”.

The former Labour leader has sat as an independent MP for Islington North since Starmer took the whip in November 2020.

Following the early successes of his leadership in 2015, Corbyn championed left-wing, anti-war, and anti-austerity politics, moving the Labour Party to the left, away from a centrist trajectory it had maintained since the Blair years.

Corbyn’s first election in 2017 gave Labour it’s biggest increase in votes since 1945 and took away the ruling Conservative Party majority. Leaked internal documents have since revealed that party officials actively worked against Corbyn to lose the election.

Since his stepping down last year, many supporters have noted that they are unimpressed with Starmer’s centrist leadership.