#AceNewsReport – Jan.19: On Friday, 15 January one single TSG unit made eight arrests during its tour of duty. The offences included robbery, burglary, drug driving and class A and B drugs offences: In Hayes, Middlesex TSG officers responded to person being robbed of their laptop. A search of the area found a suspect who matched the description hiding in a rear garden, he was arrested on suspicion of robbery:

A busy weekend for the Met’s Territorial Support Group (TSG) officers made 50-arrests across London …..

Meanwhile in Ealing Broadway two men leaving the train station ran off when they saw officers, but both were chased and caught. One man was arrested after he was found in possession of a knife and the other was arrested for possession of drugs:

‘ In other parts of London TSG officers arrested four people for breach of Covid regulations and another man for aggravated taking and driving away [TDA], theft and going equipped ‘

In Ocean Street, Tower Hamlets two men were stopped in car that had made off from other officers: The two men in the car were arrested after a knife and drugs were recovered:

In Newham, a woman was arrested after she was found to be in possession of a knife:

In a street in Dalston, E8 a man was seen to run off into a shop where he tried to discard a large hunting knife, he was arrested for possession of an offensive weapon:

In all, on Friday 15, Saturday 16 and Sunday 17 January, more than 50 people were arrested by TSG officers and numerous knives taken off the streets of London:

Superintendent Louise Puddefoot from the Met Operations Taskforce, said: “Every day officers from the TSG are patrolling the streets to make London safer. Their expertise is called upon by Basic Command Units and specialist police teams alike and their efforts this past weekend are a reminder that TSG do not just deal with public order events: “The variety of arrests, offences and weapons taken off our streets demonstrates how hard these specially trained officers are working to protect our communities.” 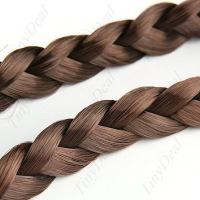