#AceNewsReport – Ferocious winds in California on Tuesday have reignited wildfires in what is typically the state’s rainy season: Evacuations were ordered in Santa Cruz County, south of San Francisco, where winds sparked new fires in an area where a summer blaze torched 1,500 buildings. 2020 was a catastrophic and unprecedented wildfire season in California, as the state grapples with increasing impacts of the climate crisis: 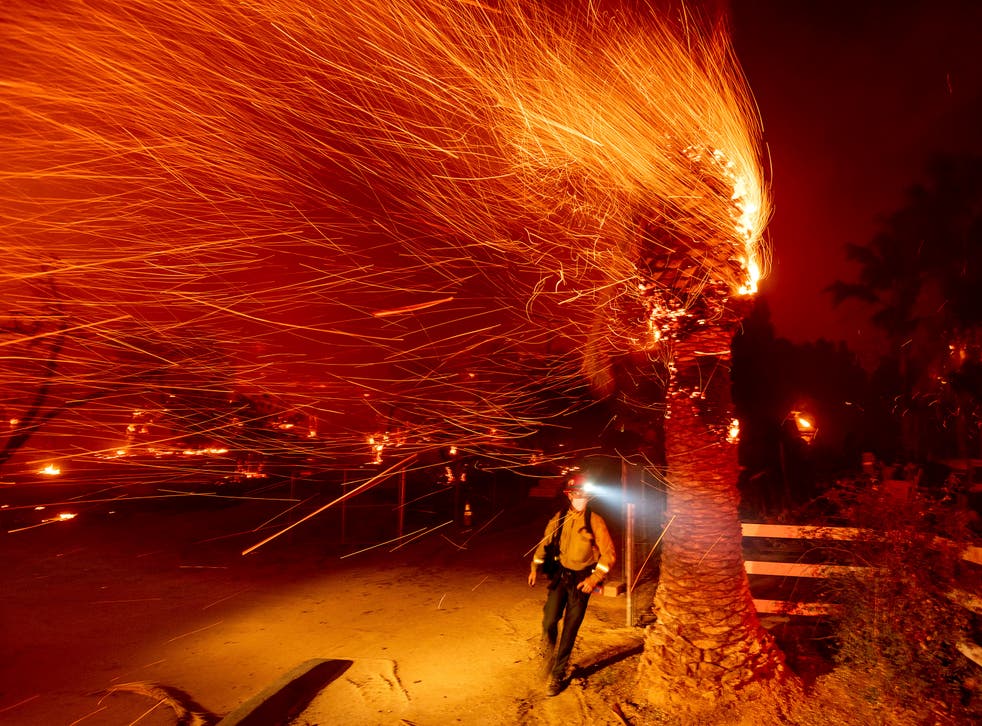 A firefighter passes a burning tree while battling the Bond Fire in Orange County, California last month. More fires have erupted and red flag warnings are in place during what is typically the state’s rainy season

AP contributed to this report

Cal Fire, the state’s firefighting agency, issued a red flag warning in parts of the state on Monday. Cal Fire said it had responded to at least a dozen vegetation fires in San Mateo and Santa Cruz counties in 12 hours: “Fires within the #CZULightningComplex burn area were regenerated by high winds,” the local unit of the California Department of Forestry and Fire Protection tweeted.

“Other units in the area are battling their own vegetation fires as well.” …………The CZU Complex – which means multiple fires located in the same area – started in the early hours of 16 August last year, after thousands of bolts of lightning struck: It raced across more than 135 square miles (350 square kilometers) in San Mateo and Santa Cruz counties, causing one fatality.

Wildland fires can continue to smolder long after open flames have disappeared: Other parts of the state were experiencing high winds which led to public utility providers shutting off power to prevent downed or damaged power lines from sparking.