#AceHealthReport – Feb.14: They fell ill with diarrhoea, vomiting and bleeding after attending a burial: Between 2013 and 2016 more than 11,000 people died in the West Africa Ebola epidemic, which began in Guinea: But in response to that epidemic several vaccines were developed, which have since been used to fight outbreaks in the Democratic Republic of Congo:

The virus is transmitted to people from wild animals (such as fruit bats, porcupines and non-human primates) and then spreads in the human population through direct contact with the blood, secretions, organs or other bodily fluids of infected people, and with surfaces and materials (e.g. bedding, clothing) contaminated with these fluids.

The first EVD outbreaks occurred in remote villages in Central Africa, near tropical rainforests. The 2014–2016 outbreak in West Africa was the largest and most complex Ebola outbreak since the virus was first discovered in 1976. There were more cases and deaths in this outbreak than all others combined. It also spread between countries, starting in Guinea then moving across land borders to Sierra Leone and Liberia.

It is thought that fruit bats of the Pteropodidae family are natural Ebola virus hosts.

It then spreads between humans by direct contact with infected blood, bodily fluids or organs, or indirectly through contact with contaminated environments.

Community funerals, where people help wash the body of the person who has died, can be a key way of spreading Ebola in the earlier stages of an outbreak.

The bodies of victims are particularly toxic. The incubation period can last from two days to three weeks.

Dr Sakoba Keita, head of Guinea’s national health agency, said more tests were being done to confirm the situation in the south-eastern region near the city of Nzérékoré, and health workers were working to trace and isolate cases.

The World Health Organization’s Africa director, Matshidiso Moeti, tweeted that the global health agency was “ramping up readiness and response efforts” given the potential resurgence of Ebola in Guinea.

From Ebola survivor to trainee doctor

An Ebola vaccine was first trialled over four months in 2015 in Guinea – started by the Public Health Agency of Canada and then developed by US pharmaceutical company Merck Sharp & Dohme (MSD). 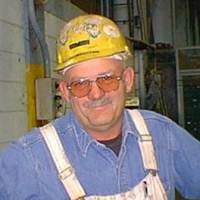 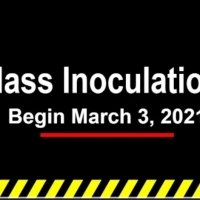