#AceNewsReport – Mar.10: The first incident occurred on 31 December 2020 at around 17:00hrs. A girl was approached by a male who first exposed himself and then attempted to sexually assault her. He ran off when the victim screamed:

Detectives issue appeal after two linked sex offences in Peckham Rye Park: ‘On both occasions the male has approached girls aged under 13 and exposed himself and he is described as Asian, with black wavy or curly hair, 5ft 2ins to 5ft 4ins tall and around 15-years of age’

The male was wearing a brown or black padded jacket, black trousers and black shoes.

The second incident happened on Tuesday, 2 March at approximately 16:00hrs. A male exposed himself and performed a lewd act in front of two girls.

At this time the male was wearing a black hooded top with a white circle on shoulder and white draw strings. He was also wearing grey tracksuit bottoms.

These incidents are currently being treated as linked and detectives from Central South Safeguarding are leading the investigation.

The girls and their families are being supported by specially trained officers.

Detective Inspector Richard Poynter said: “I understand that incidents of this nature are both shocking and concerning for the local community. I want to reassure local residents that since these two offences were reported to us we have increased uniformed patrols in and around the park: “ If you have any information about who this person could be it is imperative that you get in touch with us as soon as possible. Likewise if you have observed a young man acting suspiciously in the park matching the description given please make contact.”

If you have any information that could help the investigation please call police on 101 or tweet @MetCC providing the reference cad 5015 of 2 March: Alternatively information can also be provided to Crimestoppers, anonymously, on 0800 555 111. 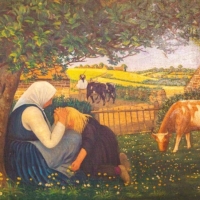 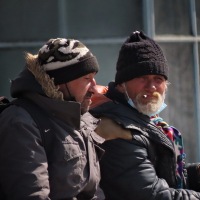