#AceNewsReport – June.05: According to court documents, Daniel Jenkins, 22, of Dallas, pleaded guilty yesterday to a federal hate crime and two other charges in connection with his involvement in a scheme to target gay men for violent crimes, announced Assistant Attorney General Kristen Clarke of the Justice Department’s Civil Rights Division, Acting U.S. Attorney for the Northern District of Texas Prerak Shah, and FBI Special Agent-in-Charge Matthew J. DeSarno of the Dallas Field Office. Jenkins is the last of four defendants to plead guilty to charges stemming from the scheme.

“The Department of Justice and the Civil Rights Division are committed to confronting the scourge of hate-based violence gripping communities across our nation,” said Assistant Attorney General Kristen Clarke of the Justice Department’s Civil Rights Division. “We denounce hate-based violence in all of its forms, including violence targeting individuals based on sexual orientation and gender identity. We will continue to diligently investigate and prosecute violent, bias-motivated crimes to the fullest extent. As noted by Attorney General Garland, we stand ready to use every tool in our arsenal to address the rise in hate and we will work to hold perpetrators of hate-motivated violence accountable.”

“These defendants brutalized multiple victims, singling them out due to their sexual orientation. We cannot allow this sort of violence to fester unchecked,” said Acting U.S. Attorney Prerak Shah of the Northern District of Texas. “The Department of Justice is committed to prosecuting hate crimes. In the meantime, we urge dating app users to remain vigilant. Unfortunately, predators often lurk online.”

“Investigating hate crimes is one of the FBI’s highest priorities because of the devastating impact they have on families and communities,” said FBI Dallas Special Agent in Charge Matthew DeSarno. “We are committed to the pursuit of offenders and holding them accountable for perpetrating these harmful crimes. No one should have to live in fear of violence because of who they are, where they are from or what they believe. We will continue working with our law enforcement and community partners to detect and prevent violent incidents motivated by hate or bias. We also urge the public to report any suspected hate crimes to the FBI and local law enforcement.”

Daniel Jenkins’ sentencing is set for Oct. 6. Pursuant to the terms of the plea agreement, Jenkins faces a sentence of up to 26 years in prison.

The FBI’s Dallas Field Office conducted the federal investigation; a separate criminal investigation is being conducted by the Dallas Police Department. Special Litigation Counsel Rose E. Gibson and Trial Attorney Kathryn Gilbert of the Justice Department’s Civil Rights Division along with Assistant U.S. Attorney Nicole Dana of the Northern District of Texas are prosecuting the case. 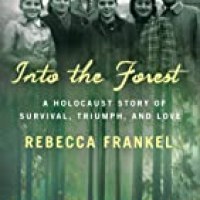