#AceHealthReport – Jan.04: Lauterbach, a member of the center-left Social Democrats (SPD), said that the windows of his office in the western city of Cologne were smashed.

#CoronavirusNewsDesk says according to DW News Report: People angry over #COVID19 curbs have been held responsible for damaging the offices of two German lawmakers on New Year’s Eve — including the constituency office of German Health Minister Karl Lauterbach who criticised an apparent vandalism attack on his local constituency office German media reported on Sunday.

Vandals also targeted the offices of parliament member Marco Wanderwitz, a center-right Christian Democrat (CDU) lawmaker for the eastern state of Saxony. The windows of Wanderwitz’s office in the town of Zwönitz were heavily damaged.

Minister: ‘These people do not represent society’

The federal health minister told German news agency dpa on New Year’s Day that he assumed that the renewed attack was from people angry at coronavirus restrictions.

His office in Cologne was also attacked on December 10 with slogans such as “Minister of Sickness,” “Murderer” and “Psycho Lauterbach.”

And on January 1, he said: “These people do not represent society, where really the overwhelming part is sticking together and trying to do everything against the pandemic.”

The perpetrators of these attacks “represent a very small splinter group,” Lauterbach added.

Meanwhile, Wanderwitz told Redaktionsnetzwerk Deutschland (RND) that the incidents show that far-right radicalization during the COVID pandemic is putting democracy in great danger.

“The Free Saxons, a right-wing radical collection, associated with the NPD and AfD, have for months been poisoning society in Saxony,” the lawmaker said, referencing the far-right National Democratic Party (NPD) and far-right Alternative for Germany (AfD).

Saxony and other eastern German states have been hit hard by spiking COVID cases, but also have some of the lowest vaccination rates in the country. The state has also seen heated protests that have only grown more aggressive after the Bundestag passed a vaccine mandate for some professions in December.

Politicians such as CDU Secretary-General Paul Ziemiak, the Greens’ Michael Kellner and the newly installed Parliamentary State Secretary for the east of Germany Carsten Schneider (SPD) all expressed solidarity with Wanderwitz.

“There is no justification for [the violence]. This attack is not a form of protest, rather simply criminal,” Ziemiak wrote on Twitter

Kellner echoed those sentiments, writing in his own message on Twitter that “violence has no place in the democratic debate.”

German authorities are now investigating and have asked for any potential witnesses in both cities to come forward.

This report was written in part with material from news agency dpa. 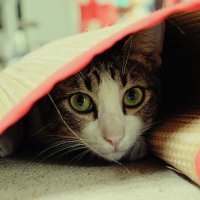