#AceNewsReport – Oct.01: Editor says here’s a really well written bloggers post from #TheFreeOnline on #Fracking and how the British government deals with those that fight against damaging our world #AceNewDesk reports

by Frances Perraudin .. shared with thanks

Three environmental activists are believed to be the first people to receive jail sentences for an anti-fracking protest in the UK.

Freedom for the #FrackFree4 frackfreefoursupporters.org

Simon Roscoe Blevins, 26, and Richard Roberts, 36, were given 16 months in prison and Richard Loizou, 31, got 15 months on Wednesday after being convicted of causing a public nuisance by a jury at Preston crown court in August.

Another defendant, Julian Brock, 47, was given a 12-month suspended sentence after pleading guilty to the same offence.’

The four men were charged after taking part in a four-day direct action protest that blocked a convoy of trucks carrying drilling equipment from entering the Preston New Road fracking site near Blackpool.

The #RollingResistance sets off from Manchester

on a 50m action bike ride to Preston New Road 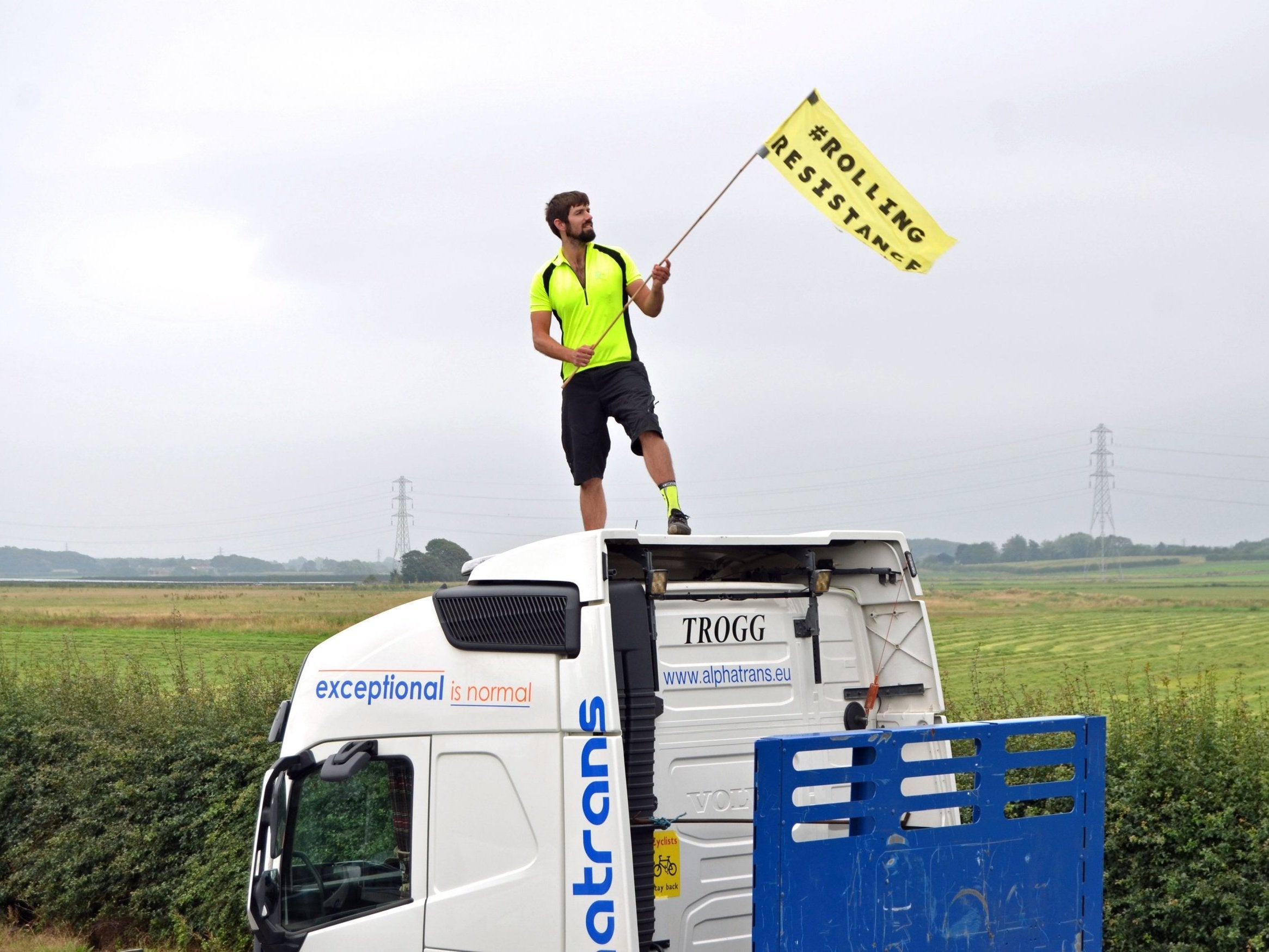 At approximately 8am on Tuesday 25 July 2017, as seven lorries containing drilling equipment attempted to approach the site, Roberts, a piano restorer from London, got through a police cordon and climbed on top of the first lorry, bringing the convoy to a standstill. Loizou, a teacher from Devon, climbed on to the cab of the last lorry.

Fellow protesters threw blankets, food and water up to the men as they camped out on the vehicles. Loizou came down on 27 July at 5.10am after 45 hours. Blevins did the same at 4.45pm on 28 July, having spent just over 73 hours on his lorry. Roberts descended at 8.13pm the same day, after 84 hours. Brock did not climb down from his lorry until 29 July at 11.35am, after an estimated 76 hours. 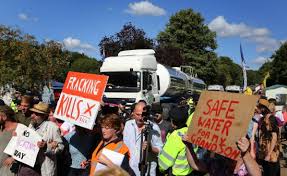 The site near Preston New Road has been a focal point for protests since the government overturned a decision by Lancashire county council and gave the energy firm Cuadrilla consent to extract shale gas at two wells on the site in October 2016. More than 300 protesters have been arrested since Cuadrilla began constructing a fracking pad at the site in January 2017.

The company has said fracking is likely to start within the next few weeks, confirming on Monday that 28 lorries had brought fracking equipment to the site.

Sentencing the men, the judge, Robert Altham, said he thought the three men posed a risk of reoffending and could not be rehabilitated as “each of them remains motivated by an unswerving confidence that they are right”. He added: “Even at their trial they felt justified by their actions. Given the disruption caused in this case, only immediate custody can achieve sufficient punishment.”

He said that while the defendants were motivated by a serious concern for the environment, they saw the public as “necessary and justified collateral damage”.

Members of the men’s families sitting in the public gallery burst into tears when the verdicts were read out. They sang a song described as a “native tribal song of power” and blew kisses to them as they were led out of the dock.

Kirsty Brimelow QC, the head of the international human rights team at Doughty St Chambers, representing Roberts on a pro-bono basis, told the judge it had been a peaceful and political protest. She said the right to freedom of speech went beyond “simply standing and shouting” and extended to non-violent direct action. 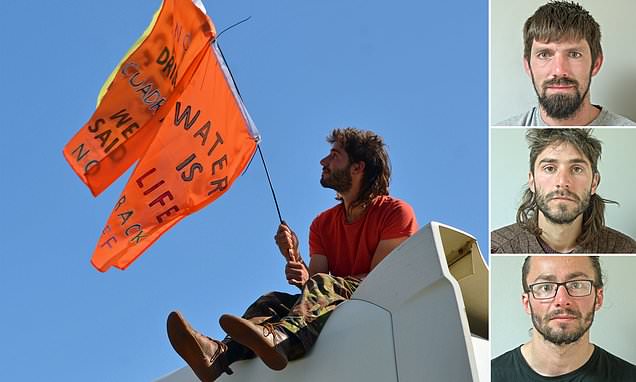 “It is relevant that there is a huge amount of scientific study that points to the damage of increasing climate emissions,” she said, referencing intergovernmental climate panel findings that climate change would displace 75 million people by 2035 and lead to the extinction of one in four species by 2050.

Speaking outside the courts after the sentencing, Blevins’ mother, Rosalind Blevins, said: “We are all absolutely devastated by the sentences they have received. My son, like the others, was protesting against fracking because of his deep concern about climate change, which would more appropriately be called climate chaos … I am proud of him and of them for standing up for what is so, so important for all of us.”

3 people found dead in Richmond apartment, 1 person killed on street
// WTVR All the shooting victims are adults, according to police……..Police have not yet released the shooting victims’ names, nor information about a suspect in the crime………This is a developing story……,Witnesses can email news tips and photos here……..Anyone with information about the crime can call Crime Stoppers at 804-780-1000 #AceNewDesk reports are provided by Sterling Publishing & Media News