#AceSocialReport – First, Twitch is telling streamers that some of their content has been identified as violating copyright and that instead of letting streamers file counterclaims, it’s deleting the content; second, the company is telling streamers it’s giving them warnings, as opposed to outright copyright strikes: Weirdly Twitch decided to bulk delete infringing material instead of allowing streamers to archive their content or submit counterclaims. To me, that suggests that there are tons of infringements, and that Twitch needed to act very quickly and/or face a lawsuit it wouldn’t be able to win over its adherence to the safe harbor provision of the DMCA:

The email Twitch sent to their users “encourages them to delete additional content — up to and including using a new tool to unilaterally delete all previous clips,” reports Kotaku: One business streamer complains that it’s “insane” that Twitch basically informs them “that there is more content in violation despite having no identification system to find out what it is. Their solution to DMCA is for creators to delete their life’s work. This is pure, gross negligence.”

Or, as esports consultant Rod “Slasher” Breslau puts it, “It is absolutely insane that record labels have put Twitch in a position to force streamers to delete their entire life’s work, for some 10+ years of memories, and that Twitch has been incapable of preventing or aiding streamers for this situation. a total failure all around.”

Twitch’s response? ……………………It is crucial that we protect the rights of songwriters, artists and other music industry partners. We continue to develop tools and resources to further educate our creators and empower them with more control over their content while partnering with industry-recognized vendors in the copyright space to help us achieve these goals.

Spencer Davis, a British guitarist and bandleader whose eponymous rock group had 1960s hits including “Gimme Some Lovin’” and “I’m a Man,” has died. He was 81: Davis’ agent, Bob Birk, said Tuesday that he died in a hospital while being treated for pneumonia. He didn’t give a location, but British media reported that Davis lived in California: 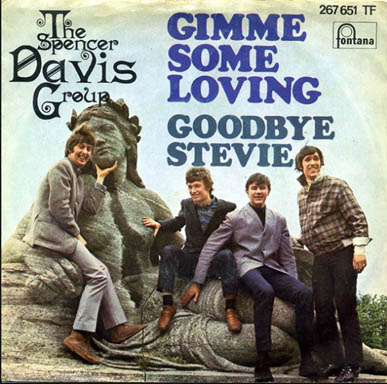 Born in Swansea, Wales in 1939, Davis began working as a musician while he was a student at the University of Birmingham:

Influenced by the burgeoning British blues and skiffle scenes, he performed in bands with future stars including the Rolling Stones’ Bill Wyman and Christine Perfect — later Fleetwood Mac’s Christine McVie. He formed the Spencer Davis Group in 1963, with a teenage Steve Winwood on keyboards and guitar, his brother Muff Winwood on bass and Pete York on drums:

Davis released several solo albums without recapturing his 1960s fame, and later reformed the Spencer Davis Group without the Winwood brothers: In later years he was regarded as an influential elder statesman of British rock:

Davis is survived by his partner June and three adult children.….

#AceSocialReport – Oct.21: Apple has launched Apple Music TV, a free 24-hour curated livestream of popular music videos that will also include “exclusive new music videos and premiers, special curated music video blocks, and live shows and events as well as chart countdowns and guests,” according to the announcement:

The service premiered Monday morning with a countdown of the top 100 all-time most-streamed songs in the U.S. on Apple Music: On Thursday (October 22), it will celebrate the upcoming release of Bruce Springsteens’s “Letter to You” album with an “all day Bruce takeover” featuring music-video blocks of his most popular videos, an interview with Zane Lowe, anchor of Apple Music’s radio station, and a special livestream fan event:

#AceSocialReport – May.21: Social media giant Facebook has announced a new safety feature for its users in India. With this new feature, Facebook users in the country will be able to lock their profile: Enabling the feature will give restricted access to the user’s profile to people who are not in the friends’ list: Once a user locks his/her profile, non-friends or the people who are not in the friends list will not be able to share or download his/her profile picture and cover photo. They will not be able to even zoom into these photos. No unknown person will be able to see photos as well as posts shared by a user on the Facebook time: This includes both new and old photos and posts:

Facebook now lets users ‘lock their’ profiles, here’s how it works according to GadgetsNow

How to turn on ‘Lock your Profile’ feature:

Facebook has also added an indicator on the profile page to remind users that their profile is locked: The company says that the new feature is especially designed for women Facebook users “who want more control over their Facebook experience”