#AceWeatherReport – Nov.08: Cuba is being battered by tropical Storm Eta bringing high winds and heavy rain: It is expected to cause a dangerous storm surge and flash floods in the country: Eta has already passed through parts of Guatemala where 150 people are dead or missing.

Tropical Storm Eta made landfall on the south-central coast of Cuba early Sunday and is predicted to bring a dangerous storm surge and life-threatening flash flooding:

It is expected to head over southern Florida where a hurricane watch and tropical storm warning are currently in place: The US National Hurricane Center (NHC) said the storm was passing over Cuba with sustained winds of 65mph (100km/h) …..It warned that “significant, life-threatening flash and river flooding will be possible in Cuba”……………..A dangerous storm surge will raise levels by as much as two to four feet above normal tide levels along the coast of Cuba, the NHC said……………………Cuban President Miguel Díaz-Canel tweeted on Saturday that “in the face of Eta, there is no time to waste and protection is the priority”

Storm Eta made landfall in Nicaragua on Tuesday as a Category Four hurricane with winds of 140mph and torrential rains: It then weakened into a tropical depression as it moved into neighbouring Honduras and later Guatemala: It has since gained strength, turning into a tropical storm again.

Guatemalan President Alejandro Giammattei said around 100 people were feared dead in Quejá in the central region of Alta Verapaz alone. Some of the houses in Quejá are under 15m (50ft) of mud: He said that rescue efforts were limited by the country having only one helicopter adequate for these operations: Panama has reported 17 deaths and 68 people are missing, Security Minister Juan Pino said……….In Mexico, officials in the southern state of Chiapas said the storm had claimed at least 20 lives.

#AceWeatherReport – Oct.31: #TyphoonGoni, with 215 kph sustained winds and gusts of up to 265 kph, will bring violent winds and strong rains, state weather and disaster officials said: It is among the strongest typhoons to hit the Philippines since Haiyan, which killed more than 6,300 people in 2013.

“We are having a hard time with COVID-19, and then here comes another disaster,” Senator Christopher Go, the top aide of President Rodrigo Duterte, told a virtual news conference: Local executives should ensure that the virus does not spread in evacuation centres, he said: Officials have started pre-emptive evacuations, with Albay province bringing 794,000 residents to safety, Ricardo Jalad, executive director of the national disaster agency, told a news conference.

In the capital Manila and nearby Bulacan province, roughly 1,000 COVID-19 patients housed in large isolation tents could be transferred to hotels and hospitals, Mr Jalad said: The Philippines has the second-highest COVID-19 infections and deaths in South-East Asia, next only to Indonesia, with 380,729 cases and 7,221 deaths.

Typhoon Molave last week killed 22 people, mostly through drowning in provinces south of Manila, which is also in the projected path of Goni, the 18th tropical storm in the country this year: Local officials cancelled port operations and barred fishers from setting sail. Airlines cancelled dozens of flights: Typhoon Goni, moving westward from the Pacific Ocean, will bring intense rains over the capital and 21 adjacent provinces early on Sunday (local time), and threats of floods and landslides: Another typhoon, Atsani, with 55 kph sustained winds and gusts of up to 70 kph, is gaining strength just outside the Philippines.

#AceNewsReport – May.27: Mayor Matt White said: “It’s a lot of devastation here, it’s leveled, it’s just devastated,” White said in a phone interview with CNN, referring to the powerful EF-3 tornado that hit the city. “It’s tore all to pieces, it was terrible.” 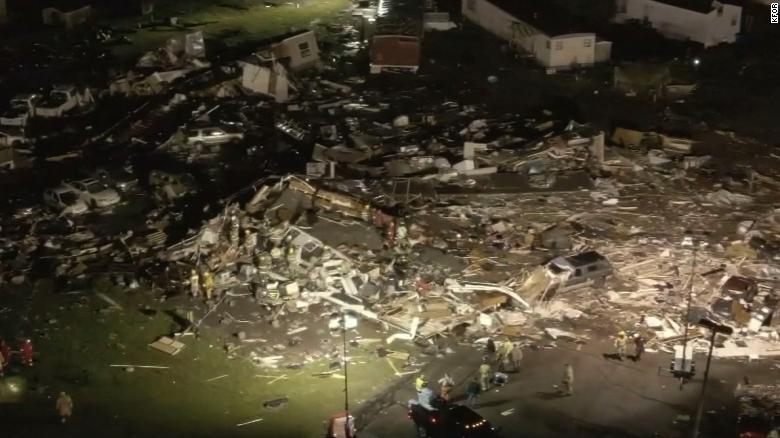 Two people were killed in El Reno and two people were killed in Mayes County, according to a tally Sunday from the state medical examiner’s office. A 53-year-old woman also died in Payne County and a 58-year-old man died in Stephens County, according to officials: In El Reno, officials were going door to door to find victims and assess the damage after the tornado touched down in the city late Saturday. A search and rescue operation is still underway, White told reporters Sunday morning. El Reno has a population of about 19,000. 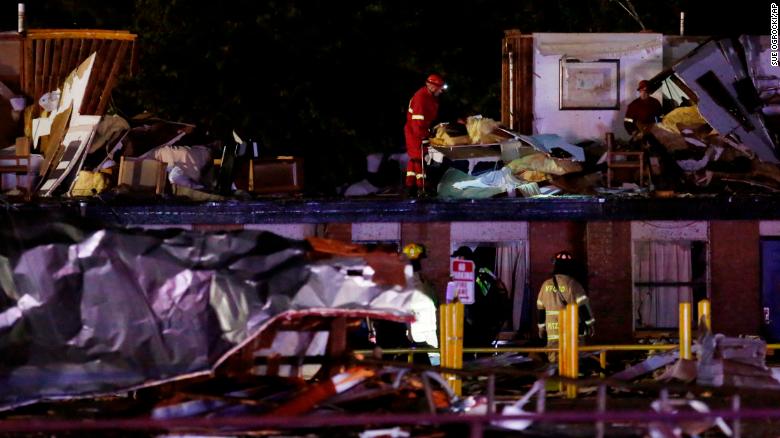 Emergency workers check what is left of the second floor of a hotel in El Reno.

Rachel Garrison was in a mobile home when the storm hit, according to CNN affiliate KOCO.……………”I heard it coming,” she told the station: The next thing she felt, Garrison said, was another trailer flipping over onto the one her family was in……………..”After everything was over with and all the shaking and jarring, the sirens went off,” Garrison told the station.The park had 88 mobile homes, White said. “We’re looking at basically under 15, under 16 trailers were the ones involved in the tornado,” he said……..The mayor said the sirens went off at 10:27 p.m., and according to the information he had, the storm touched down four minutes later. ……In addition to the mobile home park, a hotel was damaged, Fire Chief Kent Lagaly said………All guests have been accounted for, the hotel’s owner, Ramesh Patel, said. One employee broke a leg and is being treated at a hospital, he said.

The tornado was rated EF-3 on the Enhanced Fujita scale, the National Weather Service in Norman, Oklahoma, said on Twitter after completing its survey of the damage in El Reno: The twister lasted only 4 minutes, the service said: Only about 5% of all tornadoes are rated EF-3 or higher, according to CNN meteorologist Brandon Miller. An EF-3 rating indicates maximum wind speeds of 160 mph……………The tornado hit as Oklahoma and other parts of the Midwest were still reeling from a deadly spring storm system that has resulted in more than 170 reported tornadoes plus strong winds, flash flooding and hail………In Oklahoma, area hospitals reported 92 injuries, the state health department said. Across the central United States, 10 people were killed and a 4-year-old boy is missing.

Friday, a state official said floods were believed to have impacted at least 1,000 homes, especially in northeastern Oklahoma around the swollen Arkansas River: Gov. Kevin Stitt on Friday amended an earlier executive order to declare a state of emergency in all 77 counties across the state because of the severe weather.