#AceNewsServices – Nov.20 – Guangdong’s booming illicit drug trade and large population of addicts have made it a top target in a new nationwide police crackdown SCMP reported.

Guangdong and Shandong provinces each have 10 cities among the 108 covered by the crackdown from the Ministry of Public Security, thePeople’s Daily online news portal reported yesterday, citing assistant minister Liu Yuejing.

The southern province is the mainland’s biggest market for illicit drugs and has developed a clan-based industry for the manufacture of synthetic narcotics, especially Ice, or methamphetamine, some experts say.

It also has the biggest population of addicts, with about 457,000 people on a register of suspected users, according to the provincial public security department.

The total has been growing by about 40,000 people a year since 2009, the China News Service reported. 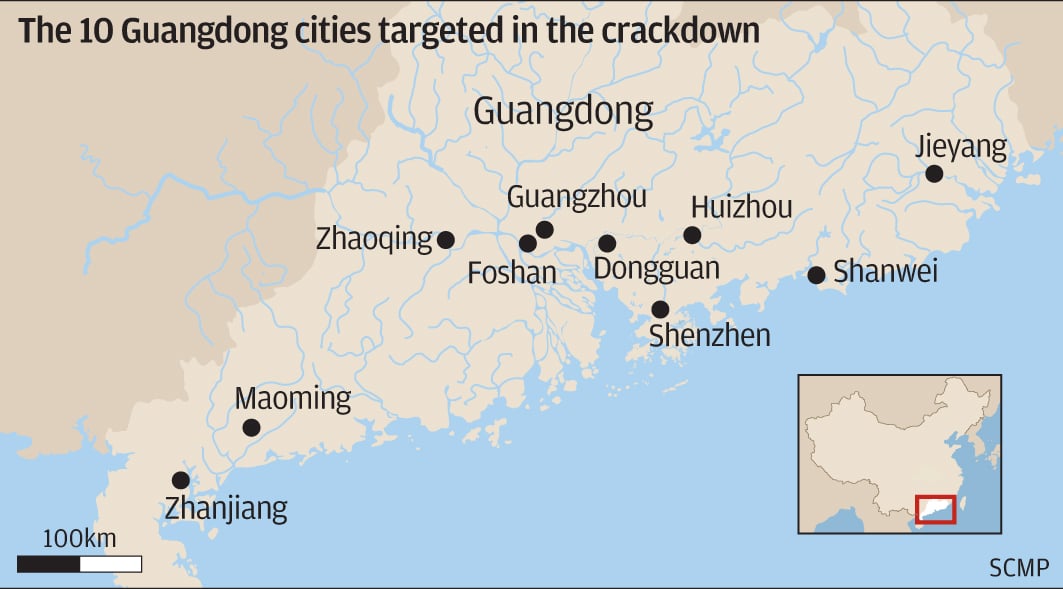 Li Xiaodong , executive member of the board of the China Association of Drug Abuse Prevention and Treatment, said one of the big issues was migrants from other parts of the country.

“Guangdong has the biggest migrant population in China. More than 60 per cent of drug users in Guangdong were from other provinces, according to our study in 2012,” Li said. “There are many cases of Hong Kong people making the trip to Guangdong to use drugs.”