Campaigners against rape in war are gathering in London in an attempt to bring those responsible for 220 million sex crimes every year to justice. Actress Angelina Jolie is co-hosting the Global Summit to End Sexual Violence in Conflict with Foreign Secretary William Hague. It promises to be the largest ever gathering of its kind, with more than 140 countries taking part. The aim is to make sexual violence in war zones as unacceptable as chemical weapons and cluster munitions. Every year, 150 million girls and women are raped in conflict around the world, along with 70 million men and boys, and the overwhelming majority of them never get justice.

Angelina Jolie and William Hague are co-hosting the London summit

Mr Hague told Sky News: “This is an unacceptable crime practiced on a vast scale. “What we’re trying to achieve is standards on documentation so that people don’t get away with it.” Under the UK’s presidency, the G8 last year declared rape and serious sexual violence in conflict as grave breaches of the Geneva Convention, as well as war crimes. Some 144 world governments have now endorsed the declaration. The London Summit wants to seize that momentum and turn it into practical action to prevent rape and help victims. One of the speakers will be Poline Akello, who was abducted from her home in Uganda when she was just 14.

Poline Akello was abducted from her home in Uganda and raped

Forced by the army of notorious warlord Joseph Kony to become a child soldier, she survived six years in the bush where she was given to one of Kony’s commanders. “I knew it wasn’t the right time for me,” she said. “My body wasn’t mature enough but they took my virginity.” Poline became pregnant but her baby did not survive and she was not allowed to hold or bury her child. “I wasn’t allowed to mourn,” she said. “If you cried, they would kill you.” Rob Williams, the director of Warchild, a charity set up to help children affected by war, said: “When you see emergencies on television, you see the food, health and shelter crises. “What you are not seeing are the hidden dangers of fleeing from conflict – the armed groups looking for people to rape, or the deeply traumatised civilian groups where the worst aspects of human behaviour come out. “It will not always be men in uniform, it will not always be used as a weapon of war and it will not always be against women.” The summit, which is being held at ExCeL London, will run until Thursday and includes dozens of free events which will be open to the public. Around 200 foreign, defence and development ministers have been invited to attend, along with experts from courts, charities and the military 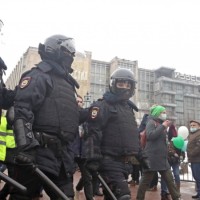