#AceNewsReport – Oct.09: Saxony Police say they’re following up on leads in Chemnitz and across Germany; no new developments as yet – @NaomiConrad http://bit.ly/2dW2D11

Photo: German police have released this photo of 22-year-old Jaber Albakr, saying he is wanted in connection to a planned terror attack – BR24 – http://bit.ly/2dzUd2r

#AceNewsReport – Aug.24: This is an update from earlier on breaking
https://acebreakingnews.wordpress.com/2016/08/24/breaking144-american-university-in-kabul-under-attack-reports-of-gunfire-explosion-rt-acebreakingnews

American university in Kabul under attack, reports of gunfire, explosion 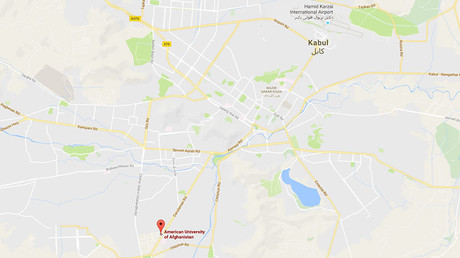 Armed men have attacked the American University in the Afghan capital Kabul, officials have confirmed. Eyewitnesses on social media say they are trapped inside, as government forces head to the scene. University Under Attack in Kabul

The American University of Afghanistan in Darul Aman Road in Kabul city came under attack just after 7pm on Wednesday.

According to sources, there was an initial explosion followed by gunfire.

Reports also indicate that gunmen have managed to enter the university.

This comes just two weeks after two of the university’s professors were kidnapped. One was an American and the other an Australian.

Tsarnaev is accused of carrying out a terrorist act at the Boston Marathon in April 2013 when three people died and over 260 were wounded in two explosions.

The trial will start as planned January 5 in Boston and is expected to last for two or three months.

Tsarnaev pleaded not guilty to 30 charges including using a weapon of mass destruction resulting in death.

Public prosecutors intend to demand the death penalty for Tsarnaev.

‘ Adnan el Shukrijumah was killed in a raid in north-western Pakistan, near the Afghan border ‘

Adnan el Shukrijumah was killed in a raid in north-western Pakistan, near the Afghan border, the military said.

‘ Adnan el Shukrijumah was killed in a raid in north-western Pakistan, near the Afghan border ‘

The FBI describes him as al-Qaeda’s global operations chief, a post once held by the alleged mastermind of the 9/11 attacks, Khalid Sheikh Mohammed.

Shukrijumah was born in Saudi Arabia and lived for several years in the US.

He was named in a US federal indictment as a conspirator in the case against three men accused of plotting suicide bomb attacks on New York’s subway system in 2009.

He is also suspected of having played a role in plotting al-Qaeda attacks in Panama, Norway and the UK.

In March 2003, a provisional arrest warrant was issued calling him a “material witness”, and he was subsequently listed by the U.S. Federal Bureau of Investigation (FBI) on the Seeking Information – War on Terrorism list,[3] and since then United States Department of State, through the Rewards for Justice Program, has offered a bounty of up to US$5 million for information about his location.[2][4]

Last known to have lived with his family in Miramar, Florida,[5] Shukrijumah is known to have a Guyanese passport but might also use a Saudi,Canadian, or Trinidadian passport.[1][2] Saudi Arabia has repeatedly denied that el Shukrijumah is a Saudi citizen.[6] Now he is considered to be a high-ranking member of Al-Qaeda.[7]

His mother insists that her son has been wrongly accused.[8][9][10] He also goes by the names Abu Arif, and Jafar al-Tayyar, the latter translating to “Jafar the Pilot”.[10]

Media reports surfaced in 6 December 2014 indicating that he was killed in a manhunt operation by Pakistan on in South Waziristan.[11]