#AceWorldNews – BENGHAZI – April 06 – (Reuters) – Public and private sector staff including oil workers went on strike in the Libyan port city of Benghazi on Sunday, protesting against worsening security and demanding the resignation of parliament whose mandate has expired.

Traffic at Benghazi’s international airport was halted by the strike. As a result, a Turkish Airlines plane was turned away, according to state media.

Government forces have failed to improve security in the port city where car bombs and killings of police and army officers have become part of daily life.

#AceWorldNews – IRAQ – March 27 – A spree of bombing attacks in commercial neighbourhoods of Iraq has killed at least 26 people, officials announced. A car bomb exploded in the Sunni-dominated northern neighbourhood of Azamiyah, killing 12 people and wounding 28.

Minutes later, a bomb exploded near a market in the same neighbourhood, killing seven and injuring another 27.

Another blast in the same area killed 3 and wounded 15 others. In south-western Baghdad, an explosion killed four people and wounded 14. Medics confirmed the casualties for all attacks, AP reports.

No one has claimed responsibility but authorities suspect the Islamic State of Iraq and the Levant(ISIL), and the an Al-Qaeida-affiliated group to be behind the bombings.

#AceWorldNews says four car bombs exploded near Baghdad’s heavily-fortified ‘Green-Zone’, killing at least 13 people early on Wednesday, Reuters reported, citing security sources.
Two of the bombs were parked opposite the Ministry of Foreign Affairs and killed five people, according to the sources. A suicide bomber blew himself and the vehicle up outside a restaurant close to a checkpoint one street away from the Green Zone, killing four people.
Another explosion near Khullani Square in central Baghdad left four others killed. The explosions came a day after two rockets were fired into the Green-Zone. 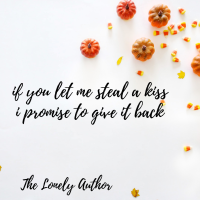