#AceWorldNews – MOSCOW – Nov.26 – The Moscow Muslim Spiritual Department (DUM) has made inspections of Moscow mosques following Internet reports alleging that some of the mosques were used to recruit militants for operations in the Middle East.

As a result of the inspections, DUM representatives in an official statement have denied the reports as “groundless.” /TASS/. reported.

“The Moscow mosques cannot serve as recruitment centers for militants deployed to fight in Syria because Muslim religious leaders carry on regular work for prevention of extremism,” the statement said. “Unauthorized gatherings or any recruitment activities are banned in the Moscow mosques; any attempts to violate the ban are resolutely cut short,” the statement said.

“The Imams of the Moscow Mosque regularly conduct seminars and deliver lectures for purposes of prevention of radical propaganda and protection of spiritual and moral values advocated by Islam,” it said.

The Internet report claimed that the alleged recruitment centre for volunteers to fight in Syria was in a mosque in Prospect Mira street in Moscow.

The Council of Senior Religious Scholars said in its fatwa, or religious edict, that it backs the kingdom’s efforts to track down and punish followers of the Islamic State group and al-Qaida.

The clerics are appointed by the government and are seen as guardians of the kingdom’s ultraconservative Wahhabi school of Islam.

The statement by the group of 21 scholars underpins the kingdom’s broader efforts to deter citizens from joining extremist groups that want to bring down the Western-allied monarchy.

U.S. Secretary of State John Kerry travelled to Saudi Arabia last week and won support from the kingdom and other Arab allies to help fight the Islamic State militants who have seized large parts of Iraq and Syria.

A State Department official told reporters ahead of the visit that Kerry planned to ask Mideast countries to encourage government-controlled media and members of the religious establishment to speak out against extremism.

Right Sector prepares to engage in extremist activity in Ukraine

10:36 02/04/2014 Militants of the far-right nationalist movement Right Sector continue to train and prepare to engage in extremist activity on Ukrainian soil, according to the statement released by the Russian Foreign Ministry on Wednesday. 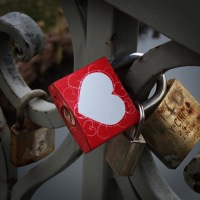