#AceNewsServices (Editors Choice) – October 03 – The HIV pandemic that has now infected 75 million people worldwide emerged in a “perfect storm” of bustling trade routes and migrant workers in central Africa in the 1920’s, researchers said in a study published in the Science journal.

An international team of scientists led by the University of Oxford in the UK and the University of Leuven in Belgium reconstructed the history of the HIV pandemic, using historical records and DNA samples of the virus, tracing it back to the city of Kinshasa, capital of what is now the Democratic Republic of Congo.

‘ Map of Democratic Republic of Congo ‘

Rapid social changes in the early 20th century, along with spreading prostitution and use of unsterilised needles in health clinics, resulted in transmission of the virus, which was also carried to distant parts of the Congo by millions of passengers who used the newly-built railway network, the study found.

This confluence of factors, including urban growth, extensive railway links during Belgian colonial rule and changes in sexual behaviour, combined to see HIV spread across the globe, the scientists said. 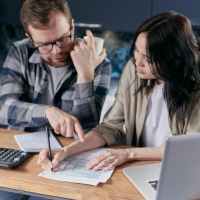