#AceWorldNews – BRITAIN (London) – July 19 – The Tories are planning the most significant crackdown on union strikes since Margaret Thatcher’s reign. Criminal offences for picketing and a demand unions seek 50 per cent approval from their members prior to industrial action are key.

His rhetoric has already influenced the Conservative party’s manifesto for next May’s general election, which is coloured by far-reaching policy changes designed to make the organization and attendance of industrial strikes more difficult in Britain.

In light of these developments, Cameron has been brandished a “Bullingdon bully” by Unite general secretary, Len McCluskey.

“The whiff of hypocrisy coming from Cameron as he harps on about voting thresholds is overwhelming. Not a single member of his cabinet won over 50% of the vote in the 2010 election, with Cameron himself getting just 43% of the potential vote”, Mc Cluskey stated last week.

“The whiff of hypocrisy coming from Cameron as he harps on about voting thresholds is overwhelming. Not a single member of his cabinet won over 50% of the vote in the 2010 election, with Cameron himself getting just 43% of the potential vote”, Mc Cluskey stated last week.

Unite recently published an opinion poll highlighting a growing public distaste for criticism directed at unions. The survey revealed that a majority of the British public endorsed workers’ right to strike in the most recent dispute, backed a £1 per hour pay rise for council workers, and opposed public sector pay cuts.

Under this policy shift outlined on Friday, the Tories made an array of promises. Such measures include making industrial strikes illegal unless unions secure a 50 per cent vote in ballot form in favour of such action, reforming protest regulations, criminalising illegal picketing, and doubling the notice unions must offer employers prior to striking.

The Guardian: Unions furious at Tory plan to make it more difficult for workers to strike. http://t.co/ZkyIX1x7Cm pic.twitter.com/fb83V1ISy9

The cabinet office minister, Francis Maude, stated he had formerly warned that intensified efforts on behalf of union leaders to push for “disruptive strike action without even persuading a majority of their members to vote” would provide a strong impetus to respond with concrete regulatory changes.

AceGuest News and Views says that on International Women’s Day this was one persons opinion of Margaret Thatcher post by: Anna Mikhailova.

Originally a research chemist before becoming a barrister, Margaret Hilda Thatcher, later Baroness Thatcher, was the Prime Minister of the United Kingdom from 1979 to 1990 and the Leader of the Conservative Party from 1975 to 1990. She was the longest-serving British Prime Minister of the 20th century and is the only woman to have held the office.

A Soviet journalist dubbed her the “Iron Lady”, a nickname that became associated with her uncompromising politics and leadership style. As Prime Minister, she implemented policies that have come to be known as Thatcherism.

“I stand before you tonight in my Red Star chiffon evening gown, my face softly made up and my fair hair gently waved, the Iron Lady of the Western world. A cold war warrior, an Amazon philistine, even a Peking plotter.

Well, am I any of these things? Yes, I am an iron lady, after all it was not a bad thing to be an iron duke, yes if that’s how they wish to interpret my defence of values and freedoms fundamental to our way of life.

But I happen to believe that what is at stake is important and is crucial to our future both in this country and in the world as a whole. We’re waging a battle on many fronts. We must not forget the guns and missiles aimed at us—but equally we must not let them blind us to the insidious war on words, which is going on. It is not just a matter of hurling insults—where he who hurls loudest, hurls last— that is the final resort of the man who has already lost the argument.

No, this is not such a war. The war is a true war of words, where meanings get lost in a mist of revolutionary fantasy; where accuracy is slipped quietly under the carpet; and where truth is twisted and bent to suit the latest propagandist line.

That is what we are up against. And we have to fight it if only because we find it totally alien to our notions of freedom and truth.”

#ANS2014 Editor says well that was ANNA’s opinion what is yours ?

#AceMediaNews says that Britain’s House of Commons will open its doors to a commercial film crew for the first time next month in a bid to raise cash, welcoming Meryl Streep for a movie about the suffragettes, officials said – AFP.

The Oscar-winning actress is appearing alongside Carey Mulligan and Helena Bonham Carter in the British film “Suffragette”, the fictional tale of one woman’s fight for the right to vote.

Parliamentary authorities decided last year to try to boost their coffers by renting out parts of the Palace of Westminster when lawmakers are not sitting, although crews will not be allowed to film in the debating chamber.

Alan Haselhurst, chairman of the Commons administration committee, said a film about the fight for women’s suffrage a century ago was a perfect way to start.

“As a British film which clearly relates to parliament’s history and heritage, this is an ideal pilot for the House of Commons to identify the opportunities for location filming and income generation,” he said on Tuesday.

Adrian Wootton, chief executive of the British Film Commission, commented: “Opening up such an iconic location as the House of Commons for filming is fantastic news.”

Streep won the best actress Oscar, her second, in 2012 for her portrayal of former British prime minister Margaret Thatcher in “The Iron Lady”, but all parliament scenes were filmed in a mock-up of the famous chamber. 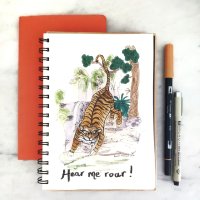