#AceBreakingNews says President Obama will call for ending the National Security Agency’s ability to store phone data from millions of Americans, and ask Congress and the intelligence community to decide who should, officials said Friday. In his speech Friday on surveillance policy, Obama plans to argue that the metadata program is a major counter-terrorism tool, but changes can be made to reassure Americans that it is not being abused.
For more on this story, go to http://usat.ly/1dX0ISt.

#AceSecurityNews says on Monday a US Federal Judge ordered the #NSA to “Stop Collecting Data” on two plaintiffs, personal phone calls and to destroy all records. The reason given according to Politico was that the “Program Violated The fourth Amendment” and Thus the “US Person’s Liberty” #FreedomNotControl 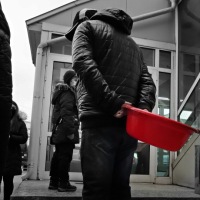