#AceNewsReport – Mar.14: Asylum seekers intercepted at sea en route to Australia are sent for processing to Papua New Guinea or to the South Pacific island of Nauru.Youtube How China is creating the world’s largest prison | Four Corners

China tells UN Australia’s offshore detention centres violate human rights, don’t have adequate conditions: ‘Ties between the two countries soured in 2018 when Australia became the first nation to publicly ban China’s Huawei from its 5G network and worsened when Australia last year called for an inquiry into the origins of coronavirus’

In a statement to the UN Human Rights Council in Geneva, China alleged the detention centres “fall short of adequate medical conditions where a large number of immigrants, refugees and asylum seekers have been detained over a long period of time or even indefinitely, and their human rights have been violated”

It did not specify any locations, describing them as “third countries”.

“We urge Australia to immediately close down all offshore detention centres and take concrete steps to protect the rights of immigrants, refugees and asylum seekers, especially children,” China said in its statement, which it submitted on behalf of a group of unnamed countries.

It also called on Australia to carry out “comprehensive and fair investigations” into reported cases of “serious war crimes” committed by Australian troops overseas.

An Australian inquiry published in November said Australian special forces were suspected of killing 39 unarmed prisoners and civilians in Afghanistan between 2005 and 2016, drawing criticism from China’s foreign ministry.

China itself has long faced accusations that it operates detention centres, with UN experts and rights groups estimating it has detained more than a million people in its Xinjiang region, mostly Uyghur and other Muslim minorities, in a vast system of camps.

China has described the camps as vocational centres designed to combat extremism.

China’s frontier of fear Satellite imagery lifts the lid on the size and spread of China’s internment camps, used to indoctrinate vast numbers of the Xinjiang region’s Muslim population

According to a major new report by a US-based think tank Newlines Institute for Strategy and Policy, China has breached every provision of the UN Genocide Convention, with “intent to destroy” the Uyghurs as a group in the country’s north-western Xinjiang region.

The United Nations has said there are credible reports that at least 1 million Uyghurs are detained in Xinjiang’s “re-education” camps.

Beijing has repeatedly stressed that its policies in Xinjiang are necessary to counter extremism and terrorism.

It has repeatedly denied its ethnic policies amount to genocide, but the report maintained the Chinese Communist Party had violated “each and every act” prohibited in Article II of the Genocide Convention.

‘I lost eight years of my life’Thanush Selvarasa is still getting used to the idea of being free, but more than 100 asylum seekers brought to Australia under medevac laws are still living in hotels and detention centres across the country.Read more

“The so-called ‘genocide’ in Xinjiang is ridiculously absurd. It is a rumour with ulterior motives and a complete lie,” he said.

A number of nations, including the United States and Canada, have labelled the persecution of the Uyghur people genocide in light of growing evidence of abuses at “re-education camps” in Xinjiang.

But Australia has not.

It has previously expressed criticism of China’s treatment of Uyghurs, and joined other countries at the UN Human Rights Council, including the UK, Canada and Germany, in calling upon China to end its detention of the ethnic minority.Youtube Dr Adrian Zenz says China’s policy of transferring Uyghurs to labour programs in is designed to thin out and assimilate the ethnic minority.

#AceWorldNews – AUSTRALIA – Nov.11 – We reported on this abuse news a few weeks ago and today the Australian Immigration Minister Scott Morrison is establishing a new monitoring team for centres holding asylum-seekers, after a series of abuse allegations, AFP said.

Asylum-seekers face mandatory detention on Papua New Guinea’s Manus Island and the small state of Nauru as Australia wants to stop would-be refugees from risking their lives on people-smuggling boats.

The team will recommend “action to deal with credible allegations of misconduct should they arise,” the minister said Tuesday.

#AceWorldNews – EUROPEAN UNION – May 06 – The EU has reportedly lifted visa requirements for 19 countries from the Pacific, Caribbean, Middle East and Latin America.

The decision prompted frustration in Turkey, which has been waiting for years to acquire the right to visa-free travel, Hurriyet Daily News reported.

#AceWorldNews says Asylum-seekers transferred from Australia to Pacific island processing centres, including survivors of torture and trauma and unaccompanied children, are living in arbitrary detention and harsh physical conditions that do not meet international standards, the United Nations refugee agency reported today.

Two reports by the UNHCR detailed continuing concerns voiced several times over the past 15 months with the centres on Nauru and Manus Island in Papua New Guinea (PNG) where Australia has sent thousands of refugees who have braved the dangerous sea crossing from Indonesia after fleeing conflict, persecution or poverty in the Middle East and Central and South Asia.

“While UNHCR understands Australia’s determination to respond robustly to the challenges of people smuggling and to dissuade people from undertaking dangerous irregular travel by sea, those responses must not neglect the compelling protection needs, safety and dignity of the individuals affected,” the agency’s Director of International Protection, Volker Türk, <“http://www.unhcr.org/52947ac86.html“>said in Geneva.

“These reports must be seen in the context of what UNHCR has observed to be a sharp deterioration, during the course of the year, in the overall quality of protection and support available to asylum-seekers and refugees who come to Australia by boat.”

The reports (available at: http://unhcr.org.au/unhcr/) called for pre-transfer assessments in Australia to consider the specific needs of vulnerable individuals, including the elderly, survivors of torture or trauma and the disabled. A realistic assessment must also be made of the actual quality of support and capacities of service providers at the centres. No children or families should be sent to PNG and unaccompanied children already there should be returned to Australia.

“In both Nauru and PNG, UNHCR was deeply troubled to observe that the current policies, operational approaches and harsh physical conditions at the centres not only do not meet  international standards, but impact very profoundly on the men, women and children housed there,” UNHCR Regional Representative, Richard Towle, said on releasing the reports in Canberra, Australia’s capital.

He stressed that they do not provide a fair and efficient system for assessing refugee claims, do not provide safe and humane conditions of treatment in detention, and do not provide for adequate and timely solutions for recognised refugees.

The centres, Australia’s so-called ‘Pacific solution’ to the influx of refugees, were first opened in 2001, but closed at the end of 2007. The policy was resumed again last year.

The report on Nauru acknowledges some positive developments since UNHCR’s last visit in March but also cites significant setbacks in processing and worsening reception conditions. Despite a processing system being in place under Nauru law, only one decision has been handed down in the 14 months since the centre reopened.

In PNG no decisions at all have been finalised, the report on Manus said. While some improvements were observed since the last inspection in June, physical conditions, slow processing and lack of clarity regarding safe and sustainable solutions are likely to have a serious negative effect on the refugees’ health and welfare.

UNHCR called on all three states not to transfer children, particularly those who are unaccompanied, unless and until there has been a marked improvement in conditions in both centres. 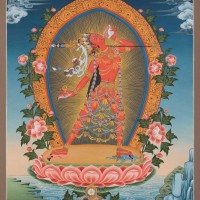 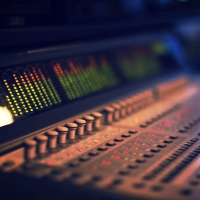