#AceNewsServices says `Google Buys Nest — Maker Of The ‘Smart Thermostat’ — For $3.2 Billion to `Spy on your Live’s’ 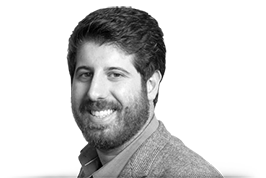 On Monday afternoon, Google announced via press release that it had agreed to acquire Nest Labs, maker of a critically acclaimed “smart thermostat” and “smart smoke detector,” for $3.2 billion. The move gives Google ammo in a new battle over home electronics, being waged by several companies both large and small, to reinvent familiar gadgets within the home as smartphone-controlled, Internet-connected devices. (Read more about this fight here.)

The Nest Learning Thermostat — Nest Labs’ first and most well-known product, released in 2011 — was widely praised for its beautiful design, intuitive interface and so-called “smart” features: Programmable via your smart phone, the Nest Learning Thermostat could educate itself about the temperatures you prefer at certain times of day; sense when you weren’t at home and shut itself off; and perform other functions designed to save you money and keep you comfortable.

Nest followed up its 2011 “smart thermostat” with 2013’s Nest Protect, a “smart smoke detector” which can also be controlled via smart phone, which sends alerts to your phone, and which interacts with other Nest smoke detectors throughout the house.

The CEO and Co-Founder of Nest Labs is Tony Fadell, a former Apple executive who is often referred to as the godfather of the iPod. Fadell is widely credited with bringing the simplicity of Apple design to an unloved appliance with both the Nest Learning Thermostat and Nest Protect.

The $3.2 billion deal for Nest Labs represents a little over 5 percent of Google’s available cash-on-hand, and is the second-largest in Google’s history; only its $12.5 billion acquisition of Motorola came in higher. Nest will continue to operate as its own distinct brand after the close of the deal, Google said, which should come in the next few months, pending regulatory approval.