#AceWorldNews – MOSCOW- March 27 – Ukraine has extradited a Russian citizen accused of involvement in a gang in the Russian North Caucasian Republic of Chechnya, the press service of the Russian Prosecutor General’s Office told ITAR-TASS on Thursday.

“The Ukrainian Prosecutor General’s Office has met a request from the Russian Prosecutor General’s Office to extradite Russian citizen Mohammed Migaev to bring him to criminal responsibility for participation in an armed unit not envisaged by federal law, illegal acquisition, storage, carrying and sale of firearms and ammunition and participation in a gang,” the press service said.

The Russian Prosecutor General’s Office noted that Migaev had participated in an attack on people in settlement Roshni-Chu in Urus-Martan district of Chechnya.

#AceWorldNews – Leader of North Caucasian terrorists Doku Umarov is yet to stand the harshest of all trials but terrorism in Russia’s North Caucasus Federal District is likely to reduce to naught after his death, Maksim Shevchenko, a member of the Presidential Council for Human Rights said here Tuesday.

“I think he’ll be held accountable at the Great Assize for the murders of innocent people, which he was responsible for, as well as for the fostering of suicide bombers and killings of peaceful civilians,” Shevchenko said.

“And I hope the Moslems of North Caucasus who rank themselves among the opponents will choose legal methods for expressing their civic initiatives in the future.”

“I also hope the guys who have been deceived and who’re staying in captivity of illusions will get out of the (North Caucasian) forests,” he said.

“The authorities will show mercy towards those who don’t have blood on them” and they will be able to incorporate themselves in society normally.

“As a member of the Presidential Human Rights Council, I am ready to assist this in every way and my colleagues there are ready to do it, too,” Shevchenko said.

Earlier on Tuesday, a number of extremist websites confirmed information on Doku Umarov’s death.
Chechnya’s President Ramzan Kadyorv said last December at a news conference at Itar-Tass headquarters he had veritable information that Uramov had died in a string operation.

Tuesday, Kadyrov confirmed the information, saying that this scourge will befall everyone “who conceives evil against the great Russia. 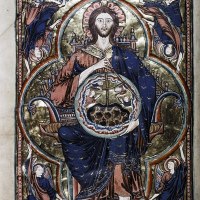 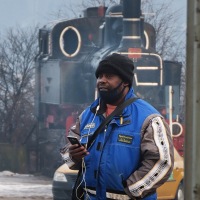