#AceNewsReport – June.01: Critics also claim that the recent move to radicalize the education system will only further embolden radicals to oppress Christians, Hindus, Sikhs, and other religious minorities.”

PAKISTAN: ‘Imran Khan to Islamize school curriculum, denigrating Christians, Jews and Hindus Prime Minister Curriculum,” International Christian Concern, May 24, 2021: Yet the current curriculum does not represent Islam enough, at least not according to Khan’

Khan, despite the contempt and hatred for minorities that he is now hammering into Pakistani children, is one of the loudest voices globally in advancing the “Islamophobia” canard. Christians already suffer under Pakistan’s blasphemy laws. Conditions will worsen for Christians and all minorities with the implementation of this new curriculum.

05/24/2021 Pakistan (International Christian Concern) – Prime Minister Imran Khan and his team are preparing to implement a new national curriculum in Pakistan that will Islamize the education system through an emphasis on the Quran and Islamic teaching. The new curriculum will force students to read the entire Quran and memorize a number of prayers and hadith. Schools must also employ a pair of Hafiz, or individuals who have memorized the Quran.

Critics believe that the move will create deeper fault lines within an already-divided population. Religious communities in Pakistan have deep distrust of each other as it is. Pakistan’s religious minorities are regularly persecuted, including by the country’s blasphemy law which is one of the severest in the world. Punishments for blasphemy range from life in prison to the death penalty.

The Prime Minister’s ill-conceived move comes at a time when Pakistan is facing increasing scrutiny of their dismal human rights record…..

#AceWorldNews – AFGHANISTAN – Nov. 17 – A group of 17 Taliban militants has laid down arms and surrendered to the authorities of Badakhshan province in north-east Afghanistan, the head of Regional Department of the Ministry of Internal Affairs Lal Mohammad Ahmadzai said on Monday ./TASS/. reported.

‘ The head of Regional Department of the Ministry of Internal Affairs says the militants won’t be charged, despite the fact that they previously actively participated in the attacks ‘

According to him, the group has given all their small arms to the security forces. “Despite the fact that the militants participated actively in the attacks, we’re not going to charge them,” he added. “I’m sure this will have positive impact on the situation in the region and will urge other radicals to return to peaceful life.”

The Ministry of Foreign Affairs reported that earlier a dozen more Taliban members surrendered in the northeast Afghanistan. The movement leaders give no comments on the reasons for their members switching to the government side.

The government announcements on the extremists giving up armed struggle come amid the “peace process” announced by the new president Ashraf Ghani Ahmadzai which implies the activation of negotiations between the government and its Taliban opponents and other extremist organizations.

In accordance with the plan the radicals are guaranteed immunity from criminal prosecution in exchange for refusal to continue the armed struggle.

#AceWorldNews says that Russia and the Arab countries of the Persian Gulf should build barriers to terrorism, Russian Foreign Minister Sergei Lavrov said:

Speaking at the 3rd ministerial meeting of the Russia-CCASG Strategic Dialogue, Lavrov said, “Instability in Syria arouses concern, according to Kuwait Itar-tass, as it attracts all-types radicals, who positioned themselves outside the law.

We should jointly fight terrorism. We see its risks outside Syria – in Iraq and Lebanon.”

“We express solidarity with those who can turn out to be in the cross-hairs of terrorists,” the Russian minister said, adding “Despite the disagreements on Syria, we talk openly and hide nothing.” 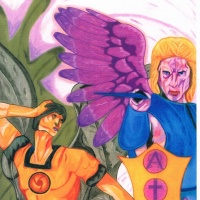