#AceNewsReport – MOLDOVA:June.07: Nearly 10,000 protesters came out onto the streets of central Chisinau on Sunday to protest corruption and to call on those responsible for the country’s corruption-ridden paralysis to resign and face prosecution, local media have reported.

‘ People protest on Streets against Corruption ‘

Organized by the ‘Dignity and Truth’ civic group, an eclectic collection of civic activists, political scientists and journalists, the mostly pro-EU oriented protesters voted on a resolution against the pro-EU coalition government, saying its lack of political will has led to a loss of confidence inside the country and in the eyes of its international partners.

The resolution demanded that members of the parliament and judges be stripped of their immunity from prosecution, and called on state officials involved in the scandal surrounding the theft of nearly a billion euros from three banks to face punishment. The civic group gave the government until August 27 (Moldova’s Independence Day) to meet their demands, threatening to return with larger protests.

The phrases “Down with the traitors!”, “Down with the Mafia!”, “Criminals to Jail!” and “Igor Plahotnyuk [a local oligarch], don’t forget, your home is in jail!” could be heard coming from the crowd and seen on homemade posters. Some of the protesters carried Moldovan, Romanian and EU flags.

Speaking before the crowd, Igor Botan, a well-known local pro-EU political scientist and one of the leaders of Dignity and Truth, stated that “we must step up protests in order to see justice, including over the theft of a billion euros from the banking system. We believe that the architects of this robbery of the century are themselves the leaders of the ruling parties. Without active protests, [authorities] will not do anything.”

Botan added that authorities have promised that a third of the money stolen in the country’s recent banking scandal may be returned, “two thirds will be transferred to the national debt, so that we the tax payers will be forced to return it. We cannot sit idly by and watch this. It is obvious that those who are responsible for this situation will not punish themselves.”

Dignity and Truth had earlier held several large-scale meetings, the last of which took place in early May and gathered nearly 50,000 people.

#AceNewsServices – KIEV – May 15 – The United States says it is alarmed by the worsening crisis in Ukraine as interim authorities in Kiev have ordered military operations against pro-Russian protesters in both eastern and southern Ukraine.

“We remain extremely concerned by the deteriorating situation in both eastern and southern Ukraine, where pro-Russian militants who are armed have escalated their already violent behaviour and taken over additional government buildings in yet more towns,” White House press secretary Jay Carney said on Monday.

Carney added that the “violence and mayhem” in the south-western port city of Odessa was “unacceptable” and said the battles “dramatically underscore the need for an immediate de-escalation of tensions in Ukraine.”

“We’re going to continue to call on Russia to live up to its commitments in Geneva and to use its influence over these groups, these pro-Russian militant groups, to urge them to disarm and to instead engage in Ukraine’s political process,” he stated.

A fire at Odessa’s Trade Unions House on Friday led to at least 46 deaths that had sheltered opponents of the US-backed interim government of Ukraine.

According to reports, members of neo-Nazi Right Sector set the building on fire in Odessa. The victims were burnt alive within the premises and video footage showed bloodied and wounded survivors being attacked by the extremists.

Meanwhile, the death toll from a military offensive against pro-Russian activists in the eastern town of Slavyansk rose to at least 34 on Tuesday. A day before, the protesters reportedly shot down a Ukrainian helicopter in fierce fighting near Slavyansk.

On April 17, Russia, Ukraine, the United States and the European Union agreed in Geneva over steps to “de-escalate” the crisis in eastern Ukraine.

But, Ukrainian authorities have ordered a military offensive against the protesters, claiming that Russian special forces are fueling unrest in the country.

Moscow has dismissed as “nonsense” claims that Russian special forces are fomenting unrest in Ukraine.

On Wednesday, Ukraine’s acting President Oleksandr Turchynov admitted that security forces are “helpless” to quell unrest in the country.

According to a report published on Sunday in the German newspaper Bild am Sonntag, the US Central Intelligence Agency and Federal Bureau of Investigation are helping the interim authorities in Kiev to end the crisis.

The newspaper, citing unnamed German security sources, reported that dozens of CIA and FBI agents are involved in the offensive against the pro-Russian activists.

Earlier this year, US Assistant Secretary of State for European and Eurasian Affairs Victoria Nuland disclosed that Washington has “invested” about $5 billion in “promoting democracy” in Ukraine over the past two decades.

In early February, Nuland visited Ukraine and held meetings with anti-Kremlin politicians who organized anti-government protests that led to the ouster of Viktor Yanukovych, the country’s democratically-elected president.

#AceWorldNews – UKRAINE – DONETSK – May 10 – Nine Red Cross workers were released on Saturday by pro-Russian separatists in eastern Ukraine, a day after the eight Ukrainians and one Swiss national were detained, the aid group said.

“Now they will take up their humanitarian work and prepare a medical evaluation,” International Committee of the Red Cross spokesman David Pierre Marquet said.

Their capture in the volatile eastern province of Donetsk occurred as security forces clashed with armed pro-Russian separatists in the port city of Mariupol near the Russian border.

Local authorities said seven people were killed and about 50 injured.

Kiev has sent in forces in a bid to reassert control of the restive east, inflaming the pro-Russian faction. On Saturday, the National Guard withdrew from central Mariupol, which was largely calm. 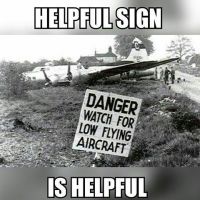 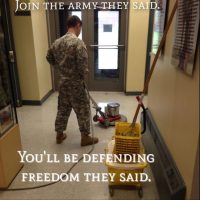