As millions of families brace for automatic cuts to SNAP (the Supplemental Nutrition Assistance Program, or food stamps), members of the House and Senate meet today to finalize a farm bill that will impact vital anti-hunger programs–specifically SNAP and international food aid.

“Struggling U.S. families will suffer enough hardship as a result of this week’s food stamp cuts,” said Rev. David Beckmann, president of Bread for the World. “We must urge Congress to protect life-saving anti-hunger programs and not balance the budget on the backs of hungry people who cannot afford additional hardship.”

SNAP effectively and efficiently helps more than 47 million low-income Americans put food on the table. Even though unemployment and poverty have remained high, the number of families at risk of hunger has not increased since 2008. Unfortunately, Congress voted twice in 2010 to cut SNAP in order to pay for other priorities. Eleven billion dollars in cuts to the program–or nearly 10 million missed meals per day–will take effect this Friday.

Proposed food stamp cuts the range from $4 billion to $39 billion.

Congress is also considering improvements to international food aid programs that will increase flexibility, cost-effectiveness and efficiencies in order to better respond to global hunger and malnutrition in the 21(st) century.

“Last year, international food aid programs reached more than 66 million people affected by famine, disasters and other emergencies,” added Beckmann. “Still, our food aid programs could be more efficient. Bread for the World supports these and other changes that reduce global hunger and malnutrition.”

Bread for the World urges lawmakers to support a farm bill that reduces hunger in the United States and around the world by protecting and strengthening SNAP and improving international food aid.

Bread for the World (www.bread.org) is a collective Christian voice urging our nation’s decision makers to end hunger at home and abroad.

SOURCE  Bread for the World

Courtesy of Bread For The World 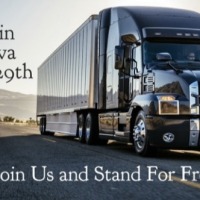 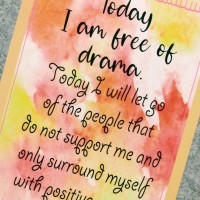