At least eight unconfirmed tornado touch-downs were reported in Nebraska, one in Iowa and another in Wyoming, the National Weather Service said. Hail, ranging from golf ball- to tennis ball-sized, also reportedly pelted parts of Wyoming, the northern half of Nebraska and the south-western corners of South Dakota and Iowa.

A dozen people suffered minor injuries after being struck by the outsized hailstones while fleeing for cover at a Walmart in Blair, Nebraska, north of Omaha, Fire Chief Kent Nicholson said.

“It sounded like someone was drilling our building with a hammer. It was deafening in our shop area,” said Nicholson, who was at work during the storm.

Eppley Airfield spokesman Joe Rotterdam said flights were halted for four hours on Tuesday at the Omaha airport. Thirty-three flight were canceled Tuesday due to flash flooding, gusting wind and nickel to quarter-sized hail, he said.

Storm chasers reported at least eight unconfirmed tornado touch-downs in Nebraska, one in Iowa and another in Wyoming, the National Weather Service said.

Hail, ranging from golf ball to tennis ball size, also pelted parts of Wyoming, the northern half of Nebraska and the southwestern corners of South Dakota and Iowa, the National Weather Service said.

#AceWorldNews – UNITED STATES – MISSOURI – May 15 – The Missouri House of Representatives passed Wednesday evening a measure mandating a 72-hour waiting period before having an abortion in the state.

With the 111-39 vote, the legislation, passed by the state Senate earlier this week, now goes to Democratic Gov. Jay Nixon.

Should Nixon veto the legislation, there is likely enough support for the measure in the Republican-dominated Legislature to override it.

The state, which has only one clinic that provides abortion procedures, previously mandated a 24-hour waiting period before an abortion. Missouri joins South Dakota and Utah as the only states that require a three-day waiting period.

#AceWorldNews – SIOUX FALLS, S.D.  – A South Dakota judge formally sentenced a man to death for killing a woman as part of what he said was a plot to assassinate President Barack Obama.

The hearing Tuesday formalized the unanimous vote of a jury to sentence 44-year-old James McVay to death. McVay would have been sentenced to life in prison without parole if the jury’s decision had not been unanimous.

McVay pleaded guilty, but mentally ill, to murder in the 2011 stabbing of 75-year-old Maybelle Schein. McVay said he killed Schein and stole her car as part of his plan to drive to Washington and kill the president. He was later arrested in Madison, Wisconsin.

Schein’s family declined to speak during the hearing. Prosecutors, McVay and his defense team also did not comment.

I don’t have a lot to say here,” said Circuit Judge Peter Lieberman.

This is a situation where a jury’s verdict has a lot more weight than what I could say.” 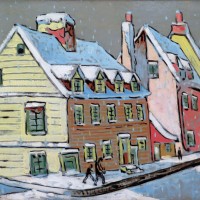