#AceNewsReport – Apr.21: Officers have arrested four teenagers on suspicion of murder following the death of a man in Huyton on Monday night, 19th April.

Four arrested on suspicion of murder following death of man in Huyton: ‘The teenagers, two males aged 15, one male aged 14 and a 15 year-old female, are currently in custody where they will be questioned by detectives’

The victim has now been identified as 23 year-old Connor Dockerty from the Litherland area.

His next of kin have been informed and are being supported by specially trained officers.

A post mortem revealed he died from multiple stab wounds.

An investigation is ongoing and detectives are continuing to appeal for anyone who has any information to come forward.

Detective Chief Inspector Siobhan Gainer said: “We are continuing to appeal for the public’s help and I want to appeal directly to anyone who was on Kingsway at the time this incident happened to contact us. If you have CCTV, dashcam or video/mobile footage from the Kingsway or Liverpool Road area at around 8pm on Monday night, please get in touch.”

Anyone who would like to upload footage from last night to help with our investigation can use our Major Incident Portal by clicking on ‘Merseyside Police’ and the ‘Kingsway murder Huyton’ icon. They can also message us in confidence via the portal: Public Portal (mipp.police.uk)

#AceNewsReport – Apr.08: A 43-year-old man was arrested at the scene on suspicion of attempted murder and remains in police custody:

A murder investigation has been launched after a man died following a dispute at a property in Birmingham last night (7 Apr). After Officers were called to the address on Woodhurst Road around 11pm where a 27-year-old man was found with stab wounds. He was taken to hospital but sadly died this morning (8 Apr)

Forensic examinations are being carried out at the property and officers are speaking to local residents.

Detective Inspector Michelle Allen, from the force’s homicide unit, said: “We are in the early stages of our enquiry, but we will be questioning the man in custody today:

#AceNewsReport – Nov.24: The country has seen a spike in pet-related fraud this year, with the numbers being at least four times higher than in 2019: The most common thing people were trying to buy when they were scammed was puppies and other pets,” the Australian Competition and Consumer Commission (ACCC) said in a statement on Tuesday: 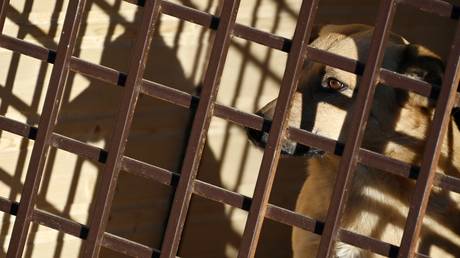 According to the watchdog, more than 2,100 cases of pet-related scams have been reported, inflicting more than AUD$2 million (nearly US $1.5 million) in damages. A predominant number of the cases are related to attempts to procure a canine from fraudsters, where the dog doesn’t actually exist:

Puppy prices have been soaring in Australia lately, particularly for compact dog breeds such as French bulldogs, pugs and dachshunds. Assorted advertisements available online promise aspiring pet-owners pure-breed puppies for prices ranging from AUD$3,000 up to a howling-mad AUD$10,000. But those ready to part with such sums risking getting neither canine nor cash as a result: Australian breeders have urged the public to be extra careful while searching for puppies online and to check whether they are actually looking for dogs via a legitimate platform. Admitting the spike in prices, the breeders warned against going for extremely high – and low – prices alike.

“I don’t know of any of our Dog’s Queensland breeders who would be charging those sums of money,” Dogs Queensland president Ulla Greenwood told local media. “Our breeders might be charging up to maybe AUD$4,500 but I think alarm bells should go off if prices above that are being asked.”

A similar surge in puppy scams has been observed in other countries, too, as many people have apparently opted for adopting a pet amid the pandemic as more are working from home or suffer loneliness due to lockdowns:

Canada and the US have experienced a sharp increase in pet scams, figures by the Better Business Bureau (BBB) have shown. Such scams have been reported more than three times as much as in 2019, and comprised nearly a quarter of all online scams registered. At the same time, North American fraudsters turned out to be significantly less greedy than their counterparts from down under, with the average loss in a scam amounting to ‘merely’ $700, according to the BBB: Last week, Britain’s Chief Veterinary Officer Christine Middlemiss urged the public to be vigilant and not to get ‘pet-phished’ ahead of the Christmas holidays:

“After a difficult year and with many of us spending more time at home, many people may be considering getting a new puppy or kitten,” Middlemiss said in a statement. “However, the lead-up to Christmas is a prominent time for unscrupulous sellers to take advantage of those looking to buy a new pet.”